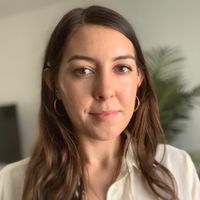 Joline Buscemi is a pet product reviewer for The Spruce Pets, reviewing the best cat products since 2019. She contributes lifestyle pieces to other sites like HelloGiggles and SoYummy.

If you can look past the crumbling clumps, Arm & Hammer’s Clump & Seal Platinum Cat Litter is a solid choice for keeping your home fresh.

View On Amazon View On Chewy View On Walmart
4.2

We purchased the Arm & Hammer Clump & Seal Platinum Cat Litter so our expert reviewer and her cat (Mila) could put it to the test. Keep reading for our full product review.

If a guest can tell you have cats before they’ve even stepped a few feet into your home, you likely need a better cat litter. While there isn’t a magical litter that can hide every odor, some are better than others. To see if Arm & Hammer Clump & Seal Platinum delivered on its promises of being completely odor-free for seven days, we had our 4-year-old cat Mila take it for a test run. Read on for our full assessment of the litter’s performance.

Right out of the box, the cat litter had a subtle, bathroom-like citrus fragrance. This surprised us, as the packaging doesn’t mention it being scented. We usually prefer unscented litters, but fortunately the smell wasn’t strong enough to overwhelm our space, and once we poured it in the litter box, we didn’t smell it again.

Even when we were scooping, we didn’t smell any unpleasant aromas.

In fact, we didn’t smell anything—even though we knew Mila had been in and out of the litter box plenty of times. At the end of our first week using Arm & Hammer, we confirmed that the brand lived up to its seven-day odor-free guarantee. Even when we were scooping, we didn’t smell any unpleasant aromas. We know that sounds implausible, but the litter was really that good!

Arm & Hammer Platinum promises “rock hard clumps.” With that pledge in mind, we were expecting exceptional clumping ability. Maybe we set our expectations too high, but we weren’t impressed with how it clumped.

Just to clarify, it wasn’t overly difficult to scoop and the cat urine did, generally, clump together, but it crumbled immediately upon scooping. Because Mila prefers to use one corner of her litter box, we also found that rather than turning into individual lumps, the Arm & Hammer litter created one large clump that was impossible to scoop out in one go.

Maybe we set our expectations too high, but we weren’t impressed with how it clumped.

Ease of Use: Dust-free and low tracking

Opening the box was more difficult than just “pushing in” on the perforated cutout. Scissors were needed and once opened, the 27.5-pound box was difficult to pour. After these initial hurdles, everything else was easy.

Arm & Hammer’s cat litter is one of the few that claims to be 100 percent dust free. We’re used to holding our breath while we pour to keep from inhaling dust, but we were pleasantly surprised to find that no cloud appeared.

The granules are smaller than other litters we’ve used, more like a coarse sand. We think this may have contributed to making it less prone to tracking. We’ve become used to sweeping up cat litter every few days, and we were happy that this wasn’t the case with this brand.

Cat litter prices seem to vary widely by the type, size, and location you purchase from. While we bought the 27.5-pound litter for roughly $30, you can buy a 28-pound box of the non Platinum version for less than $20, or a 14-pound box for less than $10. Based on the litter’s clumping performance and the fact that you get more pounds per dollar from other brands, we think Arm & Hammer’s offering is a little overpriced.

We were impressed with how both the Arm & Hammer and Purina Tidy Cats litter eliminated odors and didn’t produce dust. Purina’s offering did clump much better than Arm & Hammer’s, but we also found our cat tracked it everywhere due to the larger granules. Another major difference is the scent. Arm & Hammer isn’t scented, exactly, but it does have a slight citrus fragrance. The Purina Tidy Cats litter we tested was specifically made with a Glade scent. As mentioned, we prefer an unscented litter, so in this regard we prefer Arm & Hammer.

Both litters vary when it comes to price (depending on which size you purchase), but in general they are comparable on cost. Purina Tidy Cats is really lightweight, so even though you only receive 17 pounds in a pail, the volume of cat litter is comparable to the amount of litter that comes in Arm & Hammer’s 28-pound box.

If this cat litter clumped together even slightly more, it’d be perfect. But besides that one caveat, it’s still pretty good. The Arm & Hammer Clump & Seal Platinum Cat Litter kept our home free of smelly odors, and we were even happier to find that our cat didn’t track it all over the house. It can be pricey depending on where you purchase it from, so just make sure you compare retailers before you buy.