Our favorite laser for cats is the Whisker Rechargeable Laser Pointer 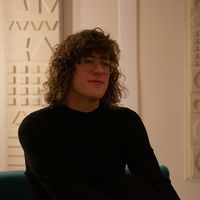 Ellie Welles
Ellie Welles is a writer and product expert with years of experience in digital media. She has written award-winning screenplays and for blockbuster video games. She also is the owner of two cats.
Learn more about The Spruce Pets' Editorial Process

Cats go wild for laser pointers. Cats have eyes that have evolved to track movement more closely than human eyes, and so they react to a roving pinpoint of light like they would fast-moving prey, triggering your cat’s instincts to hunt and pounce. While any old laser pointer is likely to attract your cat’s attention, certain qualities can make a pointer a better pick for feline play.

The ideal cat laser pointer is low power—so it doesn’t risk damaging your cat’s eyes—reliable, rechargeable, and offers a couple of extra functions so you and your cat don’t get bored. We also looked for the best automated laser toys, for those times when you’d rather focus on human activities (like TV or crochet) rather than exercising your cat with a high-tech pocket emitter.

Our favorite cat laser pointer is the Whisker Rechargeable Laser Pointer, which charges quickly and uses a switch to turn on—that way you don’t have to keep a button pressed down the entire time you’re playing. But there are several other laser pointers and laser toys we think your cat will also love.

Here are our favorite laser pointer toys for cats.

This laser pointer gets all the basics right. While a lot of laser pointers marketed for cats use a press button—you have to keep holding it down with your thumb—the Whisker Rechargeable Laser Pointer has a switch, which means you can turn it on and it stays on.

But the best feature is right in the name: it’s rechargeable via USB. That means you don’t have to worry about buying the little watch batteries found in so many other small laser pointers. Instead, you just pop off the cap on the butt of the pointer, then plug it into any USB charger or port. You don’t even need a separate USB cable (but be careful not to lose that cap!). It takes about two hours to recharge, and the little red indicator light will switch from red to green.

The Whisker laser pointer also has two other lights built-in: a little flashlight and a UV blacklight, which can help you track down cat stains. All three are accessible on a single switch, but Whisker made the wise design choice of positioning the laser at the far end, so you can reliably activate the laser simply by pushing the switch all the way “on.”

While it doesn’t have fancy patterns or any other gimmicks, this laser pointer provides all of the basics in the most convenient form factor possible. The Whisker Rechargeable Laser Pointer is .5 inches in diameter and four inches long.

There are a dizzying array of automatic laser toys out there, but we think the PetSafe Dancing Dot Laser Pointer Cat Toy embodies the best combination of usability, simplicity, and safety. This small laser toy (3 by 2.25 by 3.5 inches) can be set up on an elevated table, or can be hung from a doorknob with the included strap. The laser roves around in a random pattern, encouraging your cat to chase it across the floor.

Laser power is measured in Milli-Watts (mW) and divided into classes based on how likely they are to damage human eyes. Most cat laser pointers are under 5 mW and typically categorized Class III—which is generally safe, even if your cat is accidentally or unintentionally beamed in the eye for a moment, and is only a danger if you intentionally hold the direct beam into an eye. The PetSafe Dancing Dot is even weaker, outputting less than 1 mW. With a laser that weak, you can feel safe leaving your cat alone with the Dancing Dot.

The main downside to the Dancing Dot is that it uses AAAs instead of a rechargeable battery. Pairing it with rechargeable AAAs is very nearly a must, unless you want to go through a lot of batteries.

If the battery needs of our Best Overall pick are a dealbreaker, or if you’re looking for a more fully-featured automatic cat laser toy, then check out the Valonii Rechargeable Motion Activated Cat Laser Toy. Its marquee feature is its motion sensor, which allows the laser to activate itself when your cat comes to investigate the toy. Each activation lasts for a 15-minute play session, and it can only be activated once every two hours.

The Valonii Cat Laser Toy recharges via USB, and can charge fully in two and half hours, then hold a charge for up to two days of play. The laser toy features a separate base, which makes it easy to angle the laser “head” to best project its beam from wherever you have it set up. This means that, unlike the PetSafe Dancing Dot, you can place the Valonii directly on the floor. You can also set the roving laser to move at two different speeds.

This keychain laser pointer includes both a key ring and a useful clip. It’s also very portable. The Frisco 2-in-1 even includes a separate button which activates an LED light.

Unfortunately, you have to hold the button down the entire time you’re using the laser. This makes sense for a keychain—you don’t want a switch turning on in your pocket and draining the battery without you knowing it—but it’s still a little annoying to use. The Frisco 2-in-1 Laser & LED Light Cat Toy also uses those little round batteries—LR44s—that you never have just sitting around. Luckily, batteries are included.

While you make some compromises to get a cat laser pointer this portable, the Frisco laser is a bargain if you’re looking for the cheapest way to try out a laser with your cat.

Price at time of publish: $4

If you have multiple cats all trying to go for the same laser point, then check out the PetSafe Zoom Laser Toy. It has two different beams that rotate 360-degrees around its base, with additional random movement generating two different patterns across your floor. Using the Zoom is ultra-simple: just press the button and it goes for 15 minutes, then shuts off automatically.

One look at the Havit 2-in-1 Electronic Toy Wearable Collar and you’ll instantly see the potential for an outrageously chaotic playtime. This wearable laser collar shines a red beam ahead of your cat, which will have them chasing their own laser all around the house. It’s rechargeable (unfortunately it uses outdated micro-USB), lightweight, and can be adjusted to fit cat necks between 7.8 and 12.2 inches around. It also shuts off in 15 minutes, but chances are this will wear your cat out much sooner than that.

While this design is one of the most chaotic cat inventions ever imagined, there are some downsides. If your cat has long hair, their fur is likely to block the emitter so that the laser dot won’t appear. The adjustable collar is also a little too large for small cats or kittens. Most crucially, while the Havit laser collar is advertised as a breakaway collar, the buckle is a little too sturdy to actually break loose. You should make sure to closely supervise your cat when using the collar.

If your cat is as obsessed with the Roomba as ours, then the PetSafe Laser Tail Automatic Laser Light is going to absolutely blow their mind. Rather than the laser moving in random patterns, the whole device moves across your floor, changing directions at random. Your cat won’t be able to decide whether to bat at the Laser Tail itself or at the laser it projects ahead of it.

The PetSafe Laser Tail is easy to use: simply press the button on the top and it operates automatically for 10 minutes.

The Laser Tail uses AAA batteries and isn’t rechargeable. While the Laser Tail will change course when it runs into obstacles, it’s unable to directly reverse, which makes it prone to getting trapped in corners. It’s also a little noisy. In other words, there are substantial downsides that make the Laser Tail more of a novelty than your one-stop laser cat toy solution. Still, if you’ve seen the grip an automatic vacuum can have on your cat’s attention, then the Laser Tail may be irresistible to them.

Our favorite cat laser pointer is the Whisker Rechargeable Laser Pointer, which has a well-designed switch, easy charging, and a portable form factor. As a bonus, it also comes with a flashlight and UV blacklight. If you’re looking for an automatic laser toy for your cats, we recommend starting with the PetSafe Dancing Dot Laser Pointer Cat Toy, which is simple to use and can be set to play with your cat multiple times throughout the day.

What To Look For

While lasers come in multiple colors, it won’t make a difference to your cat. While cats do see certain categories of color, they won’t react differently to different colored lasers because what’s triggering their killer instinct is the movement. Generally, cat laser pointers are red, since red lasers tend to be both cheaper to manufacture and weaker.

Laser power is measured in Milli-Watts (mWs). Most laser pointers for cats will be under 5 mW. This puts these lasers in a Class I, II, or III category, any of which will generally be safe for play.

All of the products on this list feature red lasers that are under 5 mW. These will be safe in the vast majority of circumstances, and are only dangerous if you shined it directly in your eye on purpose. However, it’s still worthwhile to observe your cat the first few times they use an automatic laser toy, to make sure they’re not doing anything deeply strange, like staring right into the beam.

You’ll occasionally see cat owners claim that laser pointers are psychologically unhealthy toys for cats, since they can never actually “catch” the laser light. Our understanding of cat psychology has yet to develop to a point where science can say for certain how a laser toy might affect your cat’s confidence, making this little more than speculation. However, it’s worth watching your cat closely—you know them better than anyone and should be able to determine whether or not they’re having fun. It’s also a good idea to have other varieties of toy available. Toss your cat a catnip toy, reward them with a treat, or give them a solid object to play with after a laser pointer session.

Why Trust The Spruce Pets?

This article was written by Ellie Welles, a product reviewer for The Spruce Pets. Ellie is the proud parents of four cats, dedicated to finding the best toys for her felines. She not only conducted comprehensive product research, but also employed sources ranging from the U.S. Department of the Navy to New York State’s Certified Laser Safety Officer resources in order to ensure that we are providing the most up-to-date information on lasers and cats.

The 5 Best Automatic Litter Boxes of 2022, Tested and Reviewed