101 of the Best Husky Names 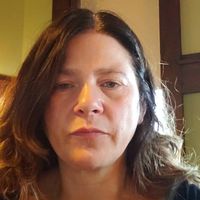 Fact checked by Alexandra Kay
Alexandra Kay is a writer, fact-checker, researcher, and editor. Alex frequently writes for b2b and b2c publications. When she isn't writing or fact-checking for print or online articles, Alex is an associate professor of English at a community college.
Learn more about The Spruce Pets' Editorial Process

Whether you’re about to bring home a Siberian husky puppy or you have recently adopted an adult Siberian husky or husky mix, choosing your dog’s new name is all part of the fun. Siberian huskies are associated with snowy, cold places and are celebrated for their strength and endurance.

Siberian huskies are strong, fast, and have endless energy. These incredible dogs are also confident, daring, and up for any adventure. Bred for endurance, Siberian huskies were originally developed by the semi-nomadic Chukchi people. They were used to haul people and loads on sleds in cold and snowy northeast Asia. They were also cherished companions. Today, Siberian huskies retain the strength, endurance and drive to pull sleds, both for sports like the Iditarod as well as just for fun.

Whether you're looking for a snowy landscape-inspired name, a Siberian husky name from history, or a plain old cute name for your dog, we've rounded up our favorite names for male and female huskies.

The Siberian husky is a spitz breed, also called Northern breeds. Commonly found in cold and snowy regions, spitz breeds have thick double coats, wedged-shaped heads, upright triangular ears, and a long tail that curls up and over the back. Like many spitz breeds, the Siberian husky looks a lot like a wolf, so it’s fitting to consider wolfish names. Pay homage to your husky’s lupine appearance with some of these wolfy names.

Beowulf: From the old English epic poem by the same name.

Conan: The name Conan has Gaelic, Irish, and English origins and means hound or wolf.

Fang: Wolves are of course known for their sharp and deadly fangs.

Lobo: For a twist on a wolf name, consider the Spanish word for wolf, which is lobo.

Luna: In Latin Luna means moon, which is a fitting wolf-y name since wolves are known for howling at the moon.

Lupo: The Italian word for wolf, lupo, is a great husky name.

Two Socks: The name of the wolf in the 1990 movie Dances with Wolves. In the movie, the character of Two Socks is played by two real wolves.

Wolf: It may not be the most original wolf-themed name, but there’s something about Wolf that just fits the husky.

Siberian huskies are one of the oldest sled dogs, and many huskies still pull sleds today, so it makes sense to consider names that give a nod to the breed’s sledding background.

Balto: If you're looking for a classic dog name from history, look no further than Balto. The lead sled dog in the final sprint of a 1925 mission to deliver diptheria antitoxin to cities plagued by the disease, Balto was a true hero—and saved countless lives by bravely leading his team across harsh, snowy terrains.

Blaze: No matter the temperature or conditions, huskies blaze a path forward in the snow, powered by sheer determination.

Bolt: Anyone who has owned a husky knows of their tremendous energy and speed.

Chase: All worthy Iditarod teams are chasing the lead and the gold.

Dash: Sure, it's a little on-the-nose, but why not name your husky after the thing he does best?

Flash: Another great name for fast runners like huskies.

Lightening: Any husky worth his salt is fast as lightning, especially when pulling a sled over snow.

Maverick: Give your leader of the pack a name to match his outgoing, take-charge personality. Meaning "independent" or "nonconformist," Maverick is the perfect pick for the dog that's ready to lead his teammates across snowy tundras.

Mush: OK, it might be a touch goofy, but “mush” is a word forever associated with huskies (you can almost hear the musher calling it out to his or her team). Mush could also be a nickname for mushpot—something sweet and loving huskies definitely are!

Racer: This one is straightforward—racing is what huskies do best.

Togo: Another celebrated sled dog who lead a team of huskies to deliver life-saving diphtheria serum to the town of Nome, Alaska, in 1925.

Places that make us think of snow, cold and the great outdoors, can be great names for an outdoorsy breed like the Husky.

Alaska: Home of the original sled-dog race, the Iditarod, Alaska is a great name choice for a husky.

Dakota: The Dakotas are known for their wide, open spaces, so it’s a fitting name for a breed that calls the great outdoors home.

Juneau: This city in Alaska makes a great name for a husky.

Kodiak: Kodiak is not only a city in Alaska, but it’s also home to the fearsome and majestic Kodiak brown bear.

Montana: Like Dakota, Montana’s wide, open spaces are a great fit for a Siberian husky.

Nome: The town in Alaska where the famous sled dogs Togo and Balto helped to deliver life-saving diptheria serum in 1925.

Rocky: After the great Rocky mountains that stretch from Canada to New Mexico.

Sierra: This name is derived from the Sierra Nevada mountain range in the Western United States.

Smoky: After the Great Smoky mountains that straddle North Carolina and Tennessee.

Tahoe: For Lake Tahoe, a well-known skiing destination that straddles California and Nevada.

Yukon: A fitting name for a husky, the wild Canadian territory that borders Alaska.

Vail: Colorado’s popular ski resort town is the perfect moniker for a snow bunny like the Siberian husky.

Siberian Huskies are bred for adventure in the great outdoors. Capable of running over snow for hours at a time, all while pulling a loaded sled, huskies are the original adventurists. Try one of these bold Husky names on for size.

Atlas: Every adventure-seeker needs a map of the world to plot future expeditions.

Aurora: Did you know the Arctic and Antarctic are some of the only places in the world where you can view the breath-taking phenomenon known as aurora borealis? Also called northern lights, an aurora is characterized by amazingly colorful, natural light displays. So, what better name for the beautiful light of your family's life?

Bear: A fitting name for a strong and brave animal like a Siberian husky.

Denali: The highest mountain peak in North America—clocking in at a whopping 20,310 feet above sea level—Denali is reserved for some of the most fearless explorers. What better name for your brave, adventurous Husky?

Echo: An unusual name that calls to mind uninhabited canyons and passes.

Everest: For Mount Everest in the Himalayas, the tallest and most trecherous mountain range in the world, braved by the boldest of climbers.

Kenai: What better name for a husky than after the Kenai mountains of Alaska?

Moose: Take a little inspiration from some of the largest creatures to roam snowy terrains, and name your Siberian husky Moose. Not only do moose and Huskies share territories, but it's comically descriptive of a big husky, too.

Patagonia: After the famous brand of outdoor clothing.

River: This simple name harkens to nature, a place the husky is at home.

Scout: Whether you're naming your Scout after the legendary character from the classic novel To Kill a Mockingbird or after the brave doggies that have scouted on military, police, and rescue missions, this name is the perfect pick for the adventurous-type.

Thunder: Like rumbling thunder, the husky is a dog that makes you stand up and pay attention.

Timber: Since these dogs are quite at home in the woods, Timber is the perfect Siberian husky name.

Arya: The direwolves from the "Game of Thrones" television series inspire great Siberian husky names, but the names of the direwolves’ human owners are also great choices. Arya owned the direwolf Nymeria.

Buck: One of the dogs in the 2006 survival drama movie "Eight Below," about a guide at an Antarctica research base who risks his life to save his dogs, most of which are Siberian huskies (two are Alaskan malamutes).

Elsa: After Elsa of Arendelle, the Snow Queen from the 2013 Disney animated movie "Frozen."

Ghost: The direwolves (played by Siberian huskies, of course) from the television series "Game of Thrones" became some of the most beloved characters. Ghost was John Snow’s loyal white direwolf, and one of only two direwolves to survive to the end of the TV series.

Grey Wind: Grey Wind the direwolf was owned by Rob Stark, the eldest of the Stark children in the television series "Game of Thrones."

Jack: After Jack London, who wrote "White Fang" and "Call of the Wild."

Lady: The direwolf owned by Sansa Stark, the eldest of the Stark daughters in the television series "Game of Thrones."

London: Also after Jack London, who wrote "White Fang" and "Call of the Wild."

Nymeria: The direwolf owned by Arya Stark, the youngest of the Stark girls in the book and TV series "Game of Thrones." Arya eventually set Nymeria free in the woods, and the direwolf became the leader of a fearsome wolf pack.

Rickon: After Rickon Stark, the youngest of the Stark children in the television series "Game of Thrones." Rickon owned a direwolf named Shaggydog.

Rollo: In the "Outlander" book and television series, one of the character’s, Ian Murry, owns a fierce and loyal wolfdog named Rollo.

Sansa: Also from the "Game of Thrones" television series, Sansa was one of the Stark children and later, Queen in the North. She owned the direwolf Lady.

Shaggydog: The direwolf owned by Rickon Stark, the youngest of the Stark children in the television series "Game of Thrones."

Summer: The direwolf owned by Brandon Stark (Bran), the second youngest of the Stark children in the television series "Game of Thrones."

White Fang: The name of the wild wolfdog in Jack London’s novel "White Fang," published in 1906.

Siberian huskies are made for snow. Their bodies have adapted to allow the breed to survive and thrive in cold conditions. Consider some of these snow-inspired Siberian husky names.

Arctic: This is a perfect name for a light-colored husky.

Avalanche: A great name for a snow dog like the Siberian husky.

Blizzard: Another fun choice for a white husky.

Flurry: Nothing stops a husky at work or play, especially not a snow flurry.

Frost, Glacier, Icy, Iceberg: Like Arctic, these ice-themed names are nice choices for a white husky.

Nilak: Although it was once considered an urban legend, a 2013 study confirmed that at least one Inuit dialect has more than 50 words for “snow” and “ice.” Nilak which translates to "freshwater ice that's suitable for drinking."

Polar: A nod to the noble white polar bear.

Siku: Another fitting Inuktitut word that can be used as a Siberian husky name is Siku, which is a general word for "ice."

Slush: Something all sledding huskys must slog through at some point (not that it stops them!).

Tundra: The frozen tundra is home for a husky, and a great name.

Whiteout: A whiteout is a weather condition in which blowing snow blocks all light and reduces visibility.

Winter: At home in the cold and snow, a Siberian husky would not mind if it was always winter.

The list of name ideas for Siberian huskies is almost limitless. Here are a few more that just seem to fit the majestic husky.