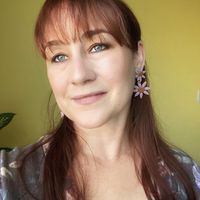 Flu viruses occur in many species of animals, and dogs are no exception. Canine influenza, or dog flu, is a contagious virus that causes respiratory illness in dogs. Any dog can become infected with the canine influenza virus, and dogs who are in close contact with other dogs, like at daycare, boarding, and in shelters, are particularly at risk.

Although canine influenza does not commonly cause death, it can compromise the lungs and lead to a secondary bacterial pneumonia that may affect whether a dog recovers. Canine influenza has occurred in most states in the United States.

What Is Canine Influenza?

Influenza A viruses tend to remain within certain species of animals, but sometimes changes in the genetic makeup of the viruses enable them to “jump” to other types of animals. It’s likely that this is what happened with canine influenza. The H3N8 subtype appears to have come from horses originally and moved into dogs in the late 1990s or early 2000s. Birds were the likely source of the H3N2 dog flu, which appeared in dogs in Asia in the early 2000s as well and may have come from contact with birds in live markets. Occasionally other types of influenza A viruses that come from humans, horses, pigs, and birds can infect dogs, but these instances are rare.

Symptoms of Canine Influenza in Dogs

Dogs with H3N8 canine influenza usually show mild to moderate symptoms that can resemble other respiratory illnesses like infectious tracheobronchitis (kennel cough). Dogs will have a dry or moist cough, runny nose, and decreased appetite. They may be lethargic and run a low-grade fever. Vomiting and diarrhea have been occasionally noted with the flu, but these symptoms are not normally seen in most cases.


When the H3N2 variant of canine flu first appeared in Asia, dogs became very sick and the rates of death were high. Although dogs can still become very ill from this variant of the flu, severe sickness and death are no longer common. Most dogs show symptoms of mild to moderate respiratory illness, similar to the H3N8 variant.

Dogs may run a low grade fever. Normal temperature for a dog ranges from 100 to 102.5 degrees Fahrenheit. A fever is indicated by temperatures above 103 degrees Fahrenheit. While most dogs run low fevers, a high fever in a dog with canine flu may mean that they’ve acquired a bacterial infection in their lungs as well.

Dogs have a dry or moist cough that continues for as long as three weeks, even when the dog is otherwise feeling better.

Sneezing is a common symptom of upper respiratory infection that often comes along with discharge from the nose and eyes.

Dogs may have either clear or colored discharge from the nose and eyes. If the discharge changes color and appears yellow, white, or green, the dog may have secondary bacterial infection that needs to be addressed.

Dogs with fever, nasal and upper respiratory congestion, and cough sometimes lose their appetite because they don’t feel well, can’t breathe clearly, and aren’t stimulated by the smell of their food. Offering them food that smells strongly and adding water to their food so they can lap it up often helps.

Fever and respiratory illness make the body feel achy and tired, and many dogs may feel lethargic and not want to move much when they’re feeling these symptoms. A decreased appetite also means a dog has less energy from lower food intake.

Canine influenza is caused by a virus that is transmitted between dogs via droplets in the air. If dogs are in close contact, like in a boarding facility or shelter, and a dog that has canine influenza coughs or sneezes near another dog, that dog may breathe in those droplets and become infected as well. Common influenza viruses can also remain infectious on surfaces for up to two days, on clothes for 24 hours, and on hands for 12 hours, which means people can spread the virus as well if good hygiene and disinfection aren't implemented. In this way, the virus passes from dog to dog until many dogs are infected and ill. This is then considered an outbreak. Canine influenza is highly transmissible in these conditions.

In the United States, recent outbreaks have occurred in Texas, California, Florida, Indiana, South Carolina, Ohio, Pennsylvania, and New York. With the exception of North Dakota and Nebraska, canine influenza has appeared in every state at some point.

If your dog is sneezing, coughing, and showing other symptoms of a respiratory infection, the best thing to do is visit a veterinarian right away. Be sure to inform your veterinarian's office of your dog's symptoms before bringing it into the building. They may have a special area to keep possibly contagious pets isolated. Your veterinarian will do a physical examination and ask you about where your dog has been recently and whether there has been any close contact with other dogs.


Canine influenza is diagnosed by taking a swab of the dog’s nasal or upper respiratory passages. This is a quick, relatively noninvasive procedure, although it may be uncomfortable for the dog because the swab must be inserted far up the nose. Once the sample has been acquired, your veterinarian will send it to a laboratory for testing.


The most reliable test to diagnose canine influenza is a polymerase chain reaction test, which can detect genetic material from specific viruses. Other tests are available and may also be used, including virus isolation tests and tests that detect antibodies to influenza in the dog.

Treatment is mainly supportive care to help the dog’s immune system fight the virus and recover. Supportive care includes maintaining good nutrition and hydration, reducing stress, and keeping the dog’s living areas clean. Other conditions, like bacterial infections, pneumonia, and dehydration are also treated. This may necessitate giving fluids to the dog and medications to treat the specific conditions.

Prognosis for Dogs with Canine Influenza

Dogs generally have mild illness and recover well from canine influenza, although it may take a few weeks for their cough to go away. Dogs who are very young, very old, have underlying illnesses, or are immune suppressed are at a greater risk of severe illness and death. Dogs with secondary bacterial infections and pneumonia have a poorer prognosis, although they can recover with aggressive treatment.

How to Prevent Canine Influenza

Vaccines are available for both H3N8 and H3N2 viruses and can be given in combination. However, not all dogs should have these vaccines. Dogs with high risk factors for exposure to canine flu, like boarding, kenneling, going to groomers, and in shelters, should have the vaccination. Your veterinarian can help you determine if your dog is at risk of canine influenza and should get the vaccine.

Is Canine Influenza Contagious to Other Animals?

The H3N8 strain of canine influenza has not been shown to infect any other types of animals. Even though the strain originated from horses, this virus no longer seems to be able to infect them and cause illness.


The H3N2 strain will infect and cause illness in cats, and it’s important to keep a dog with canine influenza away from any cats in the house. Dogs who are showing symptoms of canine influenza or who have been exposed to a dog with the flu should be isolated away from other animals until they have recovered. Proper disinfection and hygiene is very important to avoid spreading the virus to other animals.

Is It Contagious to Humans?

There is no evidence that canine influenza can spread to people, and there have been no documented cases where this has occurred.