An inexpensive option with lackluster results 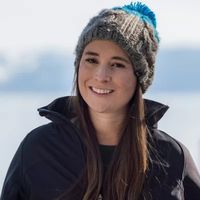 Given the underwhelming results, and their questionable accuracy, we’d skip the Find My Pet DNA Dog DNA Test and instead spend about $15 more for a better test.

View On Amazon
In This Article

We purchased the Find My Pet DNA Dog DNA Test so our reviewer could put it to the test with her dog. Keep reading for our full product review.

Have you ever looked at your dog and wondered exactly what his or her breed is? If so, you’ve probably considered buying a dog DNA test like the Find My Pet DNA Dog DNA test. Dog DNA kits use a simple mouth swab to collect DNA from your pet. The swabs are then secured and mailed back to testing labs, which analyze the samples to learn more about your pet—information like breed makeup, health concerns, and physical characteristics. Results are delivered via email or a custom website and usually take about a month or so to arrive. Read on for all the details of this kit.

Ease of Use: Easy, but cheap materials

As with all the dog DNA tests we tried out, you’ll need to register your kit online. The process is quite simple and takes only a few minutes, but you’ll need to input the customer ID number that’s included in the kit. You’ll want to be sure to hang on to your customer ID so you can look up your results online or check the status of your test.

Though the Find My Pet DNA test website claims results will be delivered in two weeks, we found it took longer than that.

Collecting your dog’s DNA is fairly simple, provided your dog is willing to participate. Ours wasn’t, and he ended up snapping the tips off both of the swabs. Once we quickly fished the swab tips out of his mouth, we left them to dry for a few minutes before putting them in the mailing tubes provided. We then put the customer number labels on each tube, placed them back in the box, and dropped it off at the post office. Postage back to the lab is included with the kit, so there are no extra fees for processing.

Though the Find My Pet DNA test website claims results will be delivered in two weeks, we found it took longer than that. We mailed our samples in early August and received the results via email on September 5, so it definitely took longer than promised. However, the other tests we tried also took about three weeks to deliver results, so we didn’t consider this an unusually long time to wait.

We tested four dog DNA kits that delivered results in two different ways. The two most expensive kits provided exact percentage breakdowns of the breeds in our dog’s DNA. The Find My Pet DNA test, however, was one of the cheapest ones we tested, which means breed results are lumped into levels ranging from one to five. A level one result indicates a breed that makes up 75 percent or more of your dog’s DNA, while a level five breed indicates less than 5 percent of that breed’s DNA is present in your pet. This is the exact same system used by the other affordable kit we tested from DNAffirm.

This test includes no health screening, nor does it come with any ability to dig deeper into your dog’s physical characteristics, ancestors, or possible relatives.

For Doolie, our mixed-breed dog we tested, no level one result was present. That’s not surprising since he’s a rescue with a very unique look—he’s certainly no fancy designer dog. According to the email PDF, which is the extent of the information you’ll get back, he had two level two breeds, and one level four breed. Information is also provided about the prominent characteristics of each of the breeds found in your dog’s DNA. But there’s no information beyond that.

This test includes no health screening, nor does it come with any ability to dig deeper into your dog’s physical characteristics, ancestors, or possible relatives. We liked that some other kits told us more about potential health problems, like orthopedic concerns to watch for or whether he’s likely to have a sensitive stomach. This test will only tell you general health concerns associated with the breeds found in your dog’s DNA—nothing specific is screened for in the sample you provide.

Accuracy: Somewhere between “questionable” and “okay”

Our vets have reported a primary breed for our dog, Doolie: basset hound. He also looks rather like a basset hound, so that seems like a safe guess. It was confirmed by our tests, too, as the other three we tried reported basset hound in his genes. However, the Find My Pet DNA test didn’t report basset hound at all. Oddly enough, it reported beagle as his most prominent breed, claiming it as a level two (37 to 74 percent of his DNA, an admittedly large range). No other test has brought up beagle in his DNA, which raises some concerns about the accuracy.

However, the level three breed reported by the Find My Pet DNA test is a breed that our vet suggested is his other primary breed: border collie. Find My Pet DNA reports that this is 10 to 20 percent of his DNA, which is vaguely in line with what other tests have reported.

It seems too expensive for what we got back.

Digging deeper, we were a little surprised when we saw his level five breed: Dalmatian. Aside from being white with a few small spots, Doolie looks nothing like a Dalmation. He is, after all, only about 10 inches tall. Interestingly, though, Dalmation was reported in another of the four tests we tried, though certainly not in as high of an amount as Find My Pet DNA reported. We thought Dalmation was an error the first time we saw it, but now that we’ve seen it on half of our tests, we’re willing to acknowledge that our short little dog may have a big of elegant Dalmation in his heritage—though probably less than 10 percent.

Those were the only three breeds that came back in Doolie’s DNA. While more expensive kits provided information on breed groups that are in Doolie’s lineage, this test in particular only tests for American Kennel Club-registered breeds.

Price: High for what you get

This kit can be found for around $70, which seems a bit high to us, considering the lack of depth of the results. It has no additional costs beyond that, which is nice, but it still seems too expensive for what we got back.

DNAffirm Dog Breed DNA Test: Both the Find My Pet DNA test and the DNAffirm test (view on 1800petmeds) use the same method for providing results. Rather than giving an exact percentage of each breed found in your dog’s DNA, they lump it into groups, with group one being a primary breed and group five being a trace breed. However, DNAffirm comes with a few basic health tests and can be found for $20 cheaper, so for that reason, we’d opt for the DNAffirm test if you’re looking for a budget option.

Embark Dog DNA Test Kit: The Embark Dog DNA kit (view on Amazon), is far more expensive at around $129 for the basic option or $199 for the option with health results, but you get what you pay for. Embark delivered far more information than the Find My Pet DNA kit as well as a totally customized and interactive site to learn more about your dog. Additionally, Embark sends us notifications when dogs related to ours are added to its database and even provides links to Instagram photos of those pets. It’s no contest—if you can afford it, get the Embark kit.

Given how many tests are available on the market, there just aren’t a lot of reasons to choose the Find My Pet DNA Dog DNA Test. It’s nearly as expensive as much better kits and provides the same level of results as a cheaper kit we tried.