This Pride, Meet the Foster Kittens With Two Moms 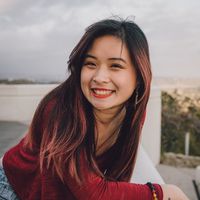 This Pride month, the LGBTQ+ community is celebrating, protesting, and leaning on each other as they recognize what they've been through and continue to face. It's not just humans who deserve the love this June; cats do, too! Kari Paul, a single queer woman living in Oakland, California, has fostered plenty of cats and dogs in her short career as a temporary pet mom. She’s had all sorts of furry foster children come through her small home in the Bay Area.

This current round of critters just might be her favorite, though. During Pride month Paul has found herself with a family of cats on her hands. And instead of a nuclear family unit style it was actually two litters of kittens—overseen by two cat moms!

“Sometimes, two moms have litters of kittens at the same time, so they’ll pair up,” she said. In this case, the 29-year-old Paul has a family of eight in her apartment: six kittens and two moms.

Paul doesn’t have pets of her own, so she fosters with Oakland Animal Services, an open admission shelter in Oakland where anyone can drop off any found or abandoned pets at any time. The local animal control takes found animals there, too.

A member of the listserv for foster dogs and cats, Paul was contacted about a six-to-eight week responsibility. As a queer-identified foster cat mom, she was delighted to foster a same-sex cat couple and help them take care of their newborn babies. She's given them all temporary names based on Virginia Woolf novel characters; she's named the mothers Virgina and Vita, after the author and her friend and romantic interest, Vita Sackville-West.

Because the two litters have two moms, the cats rotate taking care of all the babies. The moms also look alike and birthed similarly colored kittens, so there’s no way of knowing whose kitten is whose. Raising the kittens is a shared reponsibility. Here's a day in the life of the Oakland kitten family of eight with double the maternal energy.


Because the two litters have two moms, the cats rotate taking care of all the babies. The moms also look alike and birthed similarly colored kittens, so there’s no way of knowing whose kitten is whose. Raising the kittens is a shared reponsibility.

Paul, who works from home as a journalist, wakes up before work starts at 9:15 a.m. to feed her foster cats.

Mornings are for kitten care; she goes in the bathroom where the cats are all staying, puts some wet food in their bowls, makes sure they have enough amounts of dry food and a bowl of water, and waits for everyone to eat.

When the moms are coming out to eat, Paul starts every day by kissing the six kittens on the head to give them a head count. Then, she weighs the babies with a bucket and scale. Each feeding usually requires three cans of food for all eight of the members; this is a recent update as the kittens have started to grow up and have weaned off breastfeeding to food.

When Paul first got the family, the kittens would just sleep and eat and were still relying on their mothers’ milk.

“At that young they don’t play yet,” she said. “Their milestones to start off are when they slowly start wobbling around and walking. Then eventually you can put them on solid food little by little.”

When she first received the cat family, the moms were not particularly enthused and didn’t like being around humans. They especially disliked it when Paul handled their babies.

She initially kept her distance and gave the kitties a small space with a cat bed so they could get to know the house slowly without being overwhelmed. She kept them in the bathroom and kept the door closed when she wasn’t home, and would make sure to feed the moms every day and handled the kittens under their view.

“I would sit on my bathroom floor with the moms in front of them, and I weighed them every day to make sure they were all healthy,” she said. “I was actually told, 'If you get this litter of kittens at this young of an age, some of them don’t make it,' so I was being really careful.”

Paul employed cat gravy and meat tubes for socializing the cats, allowing her to get closer to the adult cats and pet them and gain their trust.

“The moms were initially hissing at me a lot,” she recalled. “One of the moms crawled into the space under my tub and wouldn’t come out or feed the babies. But they slowly started to be more friendly, and now they’re normal house cats who purr and make biscuits, and it’s adorable.”

Once the moms started showing signs of wanting to go out, Paul started letting them go around her space more.

“I was desperate to gain their love, so I was like, 'OK, they can run all over the house.' They were all in my living room, but then the kittens climbed inside the couch lining where there’s a hole, and they started peeing there!,” she said. “After that, their couch privileges were all banned.”

The cats are generally pretty clean; the kittens have instinctively used the litter box as they grow older, which is common for cats. Thanks to their pee offenses, the cats are now all banned from the living room with a gate, but still have free rein of the kitchen, the bathroom, and the hallway, which are, thankfully, carpet-free zones.

Paul gives the cats more wet food in the afternoon. The eight cats go through about nine cans a day, so staying on top of their routine is vital.

“Something about kittens is they have cyclical energy. so they’ll eat and freak out, play like crazy and wrestle each other and run around,” she said. “And then they’ll just pass out and get sleepy and sleep in a pile.”

To optimally account for this, Paul keeps a cat bed in the kitchen, but their moms are not pleased when their babies aren't sleeping (or eating or playing!) in their sight.

“The moms get mad when the kittens aren’t all in one place,” Paul said. “They have a mom-style chirp, that’s like, “Come on, kittens!”

The moms have a favorite rug in the apartment, where they like to organize the kittens. They’ll chirp at them until they’re all in one place, often very angrily if they don’t comply.

Exhausted foster parent Paul gives the cats the last cans of food before going to bed; she anticipates they will definitely be ready to eat again by the time she’s awake.

Whether the cat family is sleeping in a pile, playing and being rambunctious, or purring while she pets them, they warm her heart. Paul is deeply committed to making sure the cats can have a great future home, wherever they end up.

“I’m trying to give good homes for them to people I know,” she said of her protective foster mom instincts. “So, I have friends who want to adopt, and that’s nice. If I can’t help adopt them out myself, they’ll go to adoption events where people can adopt them.”

Although Paul will miss this adorable bunch (one of whom is deaf and she is teaching some sign language), she'll never forget this unique bunch of well-timed Pride kitties.

“Hopefully we can get them to a good home because they’re ready to be good pets,” she said. “And watching the kittens grow is so nice. It’s fun to see the diff kitten milestones. Like, ‘you’re eating solid food now! You’re so big!’ It’s the cutest thing ever."