A high-quality cat tree for an affordable price 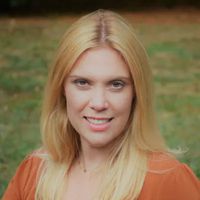 Sage McHugh is a product reviewer for The Spruce Pets with a passion for writing about products and how they enhance our everyday lives and more than a decade of experience in consumer-oriented content. She has a degree in English from Southern Connecticut State University and has also written for AlterNet.org, USA.Canon.com, ConsumerSearch.com, and Salon.com.

With so many plush platforms and entertaining accessories, the Go Pet Club 62-Inch Cat Tree is certainly worth its reasonable price tag.

View On Amazon View On Chewy View On Walmart
4.5

We purchased the Go Pet Club 62-Inch Cat Tree so our expert reviewer could have her three cats put it to the test. Keep reading for our full product review.

If you own multiple cats, a sturdy cat tree is a great way to give your furry friends ample space to play. The Go Pet Club 62-Inch Cat Tree comes fully equipped with activity centers, accessories, and plenty of plush spaces for your felines to relax and explore. But is this triple-tiered tower as entertaining as it looks? To find out, we assembled it in our home and observed how well it kept our three cats occupied. Read on to see what we discovered.

Setup Process: Fairly easy to assemble, but instructions were lacking

The cat tree arrived in a large box which weighed about 50 pounds. Since it was too heavy to comfortably lift, we opened the box right in our driveway, took out some of the parts, and brought them into the house piecemeal. The cat tree is comprised of roughly 20 separate pieces and all of the necessary tools required for assembly are included. We received one sheet of paper that lists all of the parts with five instructional diagrams on it. The illustrations were helpful, but there was no wording whatsoever. We would have appreciated some text along with the diagrams to avoid backtracking. Overall, the cat tree was fairly easy to assemble. We had it put together in about 40 minutes.

Design: Spacious and sturdy—just beware of a few flaws

The Go Pet Club Cat Tree has no shortage of features to keep your pets active and entertained. There are three platforms for your cat to climb on, as well as a hammock, ladder, condo, tunnel, and basket. The platforms are covered in a faux fur material that’s very soft to the touch. All of the posts and the rungs on the ladder are covered with sisal rope, perfect for scratching and climbing. Measuring 38 x 27 x 62 inches, this is one of the larger cat trees on the market, making it ideal for households with multiple cats. Fully assembled, it weighs about 42 pounds, so one or two people can easily lift it. We were very impressed with how sturdy the cat tree is. Although we placed it in a room with wall-to-wall carpeting, we assembled it on hardwood flooring and it didn’t slide on either surface. Our cats range in weight from 8 to 15 pounds, and the tree doesn’t wobble at all when they jump on it.

The cat tree has one major flaw, though: the hammock. It’s held in place by four small hooks that screw into the platform above it. However, if you fully tighten those screws, the ends will stick out from the tree. Cats could potentially injure their paws on them if left like these. To avoid this problem, we tried screwing the hooks about three-quarters of the way in. A few times, we came home and found that the cats had knocked the hammock off, though—not surprising since it’s only supported by four little strings.

Our cats range in weight from 8 to 15 pounds, and the tree doesn’t wobble at all when they jump on it.

Entertainment Value: Our cats love it and use it often

We have three cats: two females and a male. The females are 5 years old and our boy is 13. We thought the younger ones would explore the cat tree immediately, but the older one was actually the first to try it out. The other two cats were scared of the tree initially. We picked them up and put them on the lower platforms but they kept jumping off and running away. Later that night, curiosity got the best of them and they both climbed up on their own. One stretched out on the second platform. The other one was a bit more cautious, but she slowly made her way up to the third platform to investigate.

The cat tree was fairly easy to assemble. We had it put together in about 40 minutes.

Over the next week, all of the cats—even our shy one—went up on the tree multiple times a day. They didn’t use the scratching posts that much, but they loved climbing around and sleeping on the platforms. The hanging rope was also a big hit; they were constantly playing with it.

Price: Lots of entertainment at a reasonable cost

Considering the Go Pet Club Cat Tree is jam-packed with fun features, its $70 price tag is certainly reasonable. There are more budget-friendly options available, but you won’t find as many scratching posts and other accessories on those units. If aesthetics are important to you, a higher-end cat tree might be preferable, but those will run you a pretty penny.

Competition: Plenty of options, depending on what you’re looking for

The Vesper Cat Furniture V-High Base: One of the biggest complaints about cat trees is that they aren’t very attractive and tend to stick out like a sore thumb. Retailing for roughly $130, the Vesper Cat Furniture V-High Base is one of the higher-end cat trees on the market. It looks more like a piece of furniture than a massive cat toy. Users love its sleek, unobtrusive design, and prefer the pine fiberboard over the standard carpet material found on most cat trees.

Definitely worth the purchase.

This cat tree’s three tiers, multiple scratching posts, and various accessories make it ideal for a household with multiple pets. Our cats took to it quickly and often play and sleep on it, so it’s well worth its price.