The Late Celebrity Pet Celebrities Still in Our Hearts 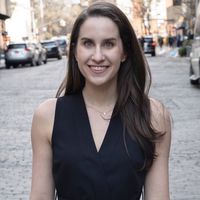 Despite what a certain song in the 2003 Tony Award-winning musical Avenue Q might have taught you, the internet is decisively for pets. There are hundreds of thousands of animal accounts across social media, but over the years we’ve seen internet-famous pets turn into real household names. For many of us, these furry friends played a very real part in our everyday lives, lending happiness and support when we needed them the most.

Sadly, many of our early internet darlings have since departed this earthly plane, but their legacies live on in many ways. Let’s remember some of our favorite celebrity pets…

If you type, “the cutest dog into the world” into Google’s search engine, the first image result is a photo of Boo. This Pomeranian superstar rose to fame in 2012 when his mom, a developer at Facebook, created a Facebook page for him that caught fire, going on to have 15 million followers.

This walking teddy bear wooed everyone. He even had his own book, Boo: Little Dog in the Big City (2012).

Boo passed away in January 2019 at the age of 12, joining his brother Buddy in dog heaven. His owners believe he died of a broken heart following Buddy’s loss, which is as adorable as it is heartbreaking. His family still posts occasional photos of Boo, Buddy, and their other household dogs on Instagram.

There are few animals more closely linked with “internet culture” than Grumpy Cat. The adorably discontent feline, whose real name was Tardar Sauce, rose to overnight fame in 2012 when a photo of her went viral on Reddit. Her resting grump face—caused by feline dwarfism and an underbite—led to countless memes, national media appearances, a book deal, and so much more. Grumpy Cat died in May 2019 when she was 7 years old, following complications from a urinary tract infection, but there are still plenty of ways to keep Grumpy Cat in your life. She’s immortalized at Madame Tussaud’s in San Franciso, her Instagram account still features regularly posts and is even raising money for local shelters using NFTs. She’s still ruling the internet from beyond!

There are few animals more closely linked with “internet culture” than Grumpy Cat. The adorably discontent feline, whose real name is Tardar Sauce, rose to overnight fame in 2012 when a photo of her went viral on Reddit. Her resting grump face—caused by feline dwarfism and an underbite—led to countless memes, national media appearances, a book deal, and so much more.

Like Grumpy Cat, Colonel Meow gained internet fame when photos of his eternally-perturbed face went viral on social media. During his short life, the Himalayan-Persian mix held the Guiness World Record for longest fur on a cat (approximately 9 inches), wooed thousands of fans on YouTube, and assumed control at Buzzfeed HQ. His fans were called Minions, and he ruled them with a furry fist.

The Colonel passed away in 2014 after bringing joy to all of his followers and fans.

This special-needs cat rescued from a tool shed in Indiana won the hearts millions with her tiny body and perpetually-hanging tongue—both traits born from an extreme form of feline dwarfism.

Bub’s photos first went viral in 2012, and her star only rose from there. She had a documentary, Lil’ Bub and Friendz, a book, Lil Bub’s Lil’ Book and even her own celebrity talk show, Lil’ Bub’s Big Show. Take that, Kelly Ripa!

Lil Bub died in 2019, but her legacy lives on through Lil Bub’s Big Fund, which has raised more than $500,000 for animals in need. Her Instagram account is still active and adorable.

Speaking of tongues, who can forget Marnie, the senior shih zu who stole our hearts with her signature head tilt—caused by vestibular disease—and permanent-blep. Marnie was only expected to live for a few weeks after being adopted, but lived for six more years and became a powerful advocate for senior pet adoption.

Named The Most Famous Dog in America by The New Yorker in 2015, Marnie was a favorite of celebrities like Betty White, Bob Saget, and Demi Lovato. And though she left us in 2020, her Instagram page carries on her message: “Adopt senior dogs!”

Marnie's legacy and message—like all the celebrity pets in her company—certainly live on.