How Much Chocolate Is Toxic to Cats?

Adrienne Kruzer
Adrienne Kruzer is a veterinary technician with more than 15 years of experience providing healthcare to domestic and exotic animals. She is trained as a Fear Free Certified Professional to prevent and alleviate fear, anxiety, and stress in pets.
Learn more about The Spruce Pets' Editorial Process
Reviewed by
Petal Smart 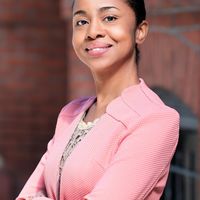 Reviewed by Petal Smart
Petal Smart is a Doctor of Veterinary Medicine and has been an editor in the veterinary and medical sciences since 2015. She has edited more than 700 assignments, including research studies published in various academic journals, continuing medical education materials, and articles on pet health.
Learn more about The Spruce Pets' Veterinary Review Board

Chocolate is toxic to cats. While most pet owners are more concerned about their dog eating chocolate (dogs account for about 95% of chocolate consumption calls to pet poison hotlines), it's just as important that you prevent chocolate ingestion in your cat. Even a small amount of chocolate can be bad for cats, and can cause symptoms ranging from vomiting to seizures and even death. Knowing what can happen and what to do if a cat eats chocolate can save a life.

Why Is Chocolate Toxic to Cats?

Chocolate contains ingredients called theobromine and caffeine, which are toxic to cats if consumed in large enough quantities. Theobromine is absorbed much more slowly in cats than it is in humans, so even a small amount of chocolate can be toxic to a small cat. Caffeine is chemically similar to theobromine and stimulates a cat much more than a human, as cats are much more sensitive to it.

Chocolate toxicity in cats can cause various symptoms, including death, if a cat is not treated promptly. As each cat may have different sensitivity levels to theobromine and caffeine, if your cat has eaten chocolate, you should contact your veterinarian immediately, even if you don't think very much was ingested.

Symptoms of Chocolate Toxicity in a Cat

Because cats are more sensitive to the components of chocolate than we are, obvious signs will be seen if a cat eats even a small amount. Initially, vomiting and diarrhea may result, along with hyperactivity, but if not treated, increased thirst, restlessness, tremors, and other signs of sensitivity may be noted. If there is ingestion of relatively large amounts of chocolate, and if timely treatment is not administered, a cat may have seizures, experience stiffness, rapid breathing, or may even die.

Baking chocolate is not sweet, usually comes in large bars or chunks of 4 oz, and is mainly used to make confections. Only 0.2 oz of a bar of baking chocolate needs to be bitten off, for it to be dangerous to a cat. Slightly more needs to be ingested if it is semisweet or dark chocolate, but it still only takes 0.5 oz for a cat to consume a toxic amount of these types of chocolates. Milk chocolate contains far less theobromine and caffeine than the more dangerous chocolate varieties, so a cat has to eat just over 1.1 oz to ingest a toxic level. This amount equates to about 8 Hershey's Kisses milk chocolates.

Treatment of Chocolate Toxicity in Cats

If your cat is at risk for chocolate poisoning, then your veterinarian may induce vomiting or recommend you do so at home, before bringing it in for an examination. One or two teaspoons of hydrogen peroxide often makes a cat vomit up the contents of its stomach. So, if your cat has recently ingested some chocolate, this can help to get rid of it and any wrappers that may have also been consumed. Getting a cat to take hydrogen peroxide can be difficult though, especially if you don't have a syringe at home. So, it is often recommended to bring your cat into the animal hospital as soon as possible.

Once at your veterinarian's clinic, your cat may need fluid therapy to stay hydrated and blood or urine tests may be performed. An ECG may also be performed to look for abnormal rhythms of the heart. Symptoms will be treated as needed and a bland diet is typically recommended for the next few days. If treatment is not received promptly after the ingestion of chocolate, then death might be possible, if enough theobromine has been ingested.