How to Keep Your Dog Safe From Leptospirosis in an Outbreak 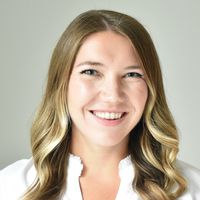 Missy Schrott Boylan
Missy Schrott is an award-winning journalist with five years of experience in pets, lifestyle, and news writing. Her work has been widely distributed online and in print to thousands of readers. Publications in which she's been published include The Spruce Pets, Apartment Therapy, Alexandria Times, The Canine Review, Child Welfare Information Gateway, and more.
Learn more about The Spruce Pets' Editorial Process
Reviewed by
Bartley Harrison

Leptospirosis is a disease spread through the urine of infected pets and wildlife that can be fatal to both humans and animals. While cases among pets were rare for several years, the disease has made a resurgence in recent years, according to the Centers for Disease Control and Prevention. Most notably, New York City has experienced an uptick in cases in recent months.

The Spruce Pets spoke with Dr. Jose Arce, president of the American Veterinary Medical Association, to gather everything you need to know about leptospirosis and how to keep your dog and yourself safe.

Leptospirosis is a bacterial disease caused by infection from bacteria in the Leptospira genus. The bacteria spreads through the urine of infected animals—often rats, raccoons, or other wildlife—and can survive in standing water or soil for weeks to months. Leptospira cannot survive freezing temperatures.

Dogs can become infected by drinking or swimming in stagnant water, having the organism penetrate intact or damaged skin from contaminated soil, being bitten by or eating an infected animal, or ingesting food that has been contaminated by infected urine. Once a dog is infected, it most commonly spreads the the disease to humans via contact with urine to mucous membranes, wounds, cuts, or bites. Immunocompromised people can be especially susceptible to the disease.

“The potential for transmission to humans is a big concern,” Arce said. “Unfortunately, I’ve known of cases of people dying of leptospirosis.”

The good news is that most dogs who are up-to-date on their shots are vaccinated against the most common types leptospirosis.

How to Prevent It

Places most likely to experience leptospirosis outbreaks include major cities with large rat populations and regions that experience major flooding or hurricanes.

“I live in San Juan, Puerto Rico, and you know we have a lot of rainfall year long and a lot of stagnant water,” Arce said. “One of the big concerns we had after [Hurricane] Maria was a huge outbreak of leptospirosis, and there were increased cases in humans.”

When a dog does get leptospirosis, the symptoms vary but may include the following:

Some pets may also be asymptomatic.

Contact your vet if your dog is experiencing any of these symptoms and/or you suspect exposure. Early diagnosis can help prevent your pet from developing the more serious, sometimes fatal symptoms, such as kidney or liver failure.

Antibiotics are the primary treatment of leptospirosis in dogs. Depending on the severity of the case, many dogs need to be hospitalized and receive antibiotics and fluids through an IV.

If your dog has been diagnosed with leptospirosis, help stop the spread by preventing your dog from urinating in public parks or near water sources. If your dog urinates in your house, disinfect the area immediately so they don’t get other pets or family members sick.

Again, the greatest measure you can take is making sure your dog is vaccinated against leptospirosis, especially if you live somewhere where the disease is prevalent.

“It’s a very serious disease that we want to prevent,” Arce said. “We want to make sure people vaccinate their pets so that we can help prevent the spread of it.”

More information is available here from the CDC.