The Ibizan—or Beezer, as they’re sometimes called—is one svelte sighthound. These elegant canines have long limbs and supersized ears and they can traverse nearly any terrain with superior speed.

Considered one of the oldest purebred dog breeds, the Ibizan hound is a rare treasure from the Balearic Islands near the coast of Spain. While relatively rare, these canines have a rich history intertwined with Phoenician traders and a striking resemblance to the dogs depicted in ancient Egyptian art.

While these hounds are blazing fast outside, they’re sweet and even-tempered inside the home. The Ibizan hound makes a wonderful active canine companion but is a much-loved family dog as well.

Coat: Short coarse hair that can be smooth or wiry

Characteristics of the Ibizan Hound

History of the Ibizan Hound

The Ibizan hound hails from the Balearic Islands. Ibiza is the most well-known of these Mediterranean map dots just off the coast of Spain and responsible for lending its name to the agile sighthound that has called the area home for thousands of years.

History has it that the forerunner of this breed were Egyptian hounds brought by Phoenician traders to the area 3,000 years ago. The hounds were a help to the local people, who found their sight and speed to be most useful in hunting rabbits and hares on the islands. With long legs and supersonic ears, these dogs could find and pursue prey with deer-like agility.

The dogs became crucial to life in the Balearic Islands, with many people relying on them for catching their next meal. As they were bred and raised in the homes of the islanders, the distinct breed we know today as the Ibizan hound was developed.

Beezers, as they’re known by many enthusiasts of the breed today, remained a relatively isolated group of canines until 1956. In that year, Colonel and Mrs. Consuelo Seoane imported the first breeding pair of Ibizan hounds to Rhode Island. A litter soon followed, and with the later addition of additional breeding stock, the breed was well on its way to development in the United States.

It wasn’t until 1979 that the Ibizan hound gained official breed recognition with the AKC. Since then, these dogs have graced the show ring with their floating trot and demonstrated their incredible speed on the lure course. Despite their striking looks and pleasant personality, the Ibizan hound remains relatively rare—it ranks 155th out of the AKC’s 193 recognized breeds.

If you understand the nature and needs of the Ibizan hound, you’ll be rewarded with an even-tempered and lovable canine companion. Beezers are great family dogs and they’re noted for their calm nature—as long as they have plenty of opportunity to stretch those long legs.

The Ibizan hound will benefit from at least a couple lengthy walks a day. They also are great jogging or running companions. Just keep in mind that as sighthounds they’ve been bred to search out and track down small game—so they have a high prey drive. As a result, you shouldn’t let your Ibizan off leash in unenclosed areas. They’ll spot a rabbit or squirrel long before you and can easily encounter trouble as they’re single focus and instincts propel them into a high speed chase.

With plenty of exercise, the Ibizan is quite content and calm indoors. These dogs have even been termed couch potatoes, just don’t let the term fool you into thinking that a casual walk around the block will satisfy their exercise needs.

The breed is particularly noted for their even-tempered personality and they can do well with children. However, watch them closely with other small house pets—since they are prone to chase smaller animals. They should be well-socialized with plenty of people from an early age to offset the breed’s tendency to be aloof with strangers. It’s also worth noting that this loyal hound is sometimes noted for being particularly sensitive to the stress or anxiety of their human companions. So Ibizans are a best match for a relatively calm, stress-free environment.

Health problems aren’t a major concern for the Ibizan hound, but like nearly any breed of dog there are some conditions to be aware of. The National Breed Club recommends the following health tests: hip evaluation, BAER testing (for hearing), thyroid testing, and ophthalmologist testing.

Other common health conditions that sometimes affect Ibizan hounds include:

Like any breed of dog, the Ibizan hound will benefit from a healthy, quality feeding program. Generally, you’ll want to feed your dog two meals a day with a protein-rich formula. Ibizans respond well to positive-reinforcement in training and appreciate treats—just be sure not to overfeed.

It’s worth noting that the incredible jump that these dogs possess is often used to snag food left on counters or tables. Be aware that the Ibizan is a master at reaching food even in high places and 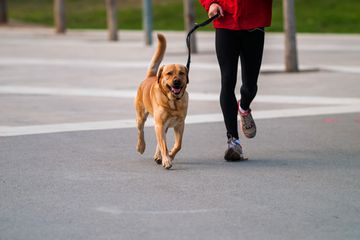 Where to Adopt or Buy an Ibizan Hound

Ibizan hound breeders in the United States are relatively few and far between. The National Breed Club and AKC can be a good place to start your search for a reputable breeder, but know that you may find yourself on a waiting list until a litter becomes available. While these unique sighthounds aren’t often spotted in shelters, it’s worth keeping an eye on regional and national rescues in case a dog that is a match for you becomes available.

These breed clubs and associations can be a good starting point:

The Ibizan hound is a unique dog breed that will turn heads and leave you breathless with its speed and agility. In the right environment, these Spanish hunting dogs thrive and are wonderful pets. Just be sure to do your homework to understand how an Ibizan hound will fit into your family and your lifestyle.

Other unique breeds to consider include: