The Safety and Side Effects of Ivermectin in Dogs 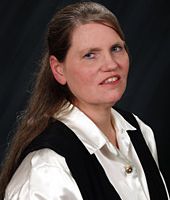 Lorie Huston
Lorie Huston, DVM, was a veterinarian and writer with over 20 years of hands-on expertise providing medical and surgical care to pets. She was the featured writer for pet care at Suite101.com, the National Pet Health Examiner at Examiner.com, and wrote a book on labrador retrievers.
Learn more about The Spruce Pets' Editorial Process
Reviewed by
Petal Smart

Reviewed by Petal Smart
Petal Smart is a Doctor of Veterinary Medicine and has been an editor in the veterinary and medical sciences since 2015. She has edited more than 700 assignments, including research studies published in various academic journals, continuing medical education materials, and articles on pet health.
Learn more about The Spruce Pets' Veterinary Review Board

Ivermectin is commonly used in both dogs and cats for a variety of different diseases. It is used to treat various types of parasitic infections. Both internal and external parasites are frequently treated successfully with ivermectin. In addition, it is used in many commonly available heartworm prevention medicines, such as Heartgard Plus and others.

Safety of Ivermectin in Dogs

In many cases, the safety of ivermectin is directly related to the dosage administered. As with many drugs, higher dosages tend to have higher risks of complications and potential side effects associated. Ivermectin is used in many dosage ranges, depending on the purpose of its usage. Dosages used for preventing heartworm infections are generally relatively low, with little risk of side effects.

Higher dosages, such as those used to treat demodectic mange, sarcoptic mange, ear mites, ​and other parasitic infections, are more likely to be associated with adverse reactions. However, for most dogs, ivermectin is considered to be a relatively safe medication when used appropriately.

There are some dog breeds that are genetically sensitive to the medication. Their genetic mutation allows the ivermectin to pass through the dog's blood-brain barrier. It then enters the dog's central nervous system, which can be fatal to the animal. Before administering this to your dog, check with your veterinarian and make sure that your dog's breed can safely use ivermectin.

Side Effects of Ivermectin in Dogs

In dogs, the risk of side effects associated with ivermectin depends on the dosage, the susceptibility of the individual dog, and on the presence of heartworm microfilaria (a larval form of the heartworm.)

When used at a low dose for heartworm prevention in a dog free of heartworms, ivermectin is relatively safe. At higher doses, which may be used to treat other parasitic infections, the risk of side effects increases. Potential side effects include:

When used in a dog infected with heartworms, a shock-like reaction believed to be caused by dying microfilaria can occur. This type of reaction may be accompanied by lethargy, a low body temperature, and vomiting. Dogs testing positive for heartworms should be observed closely for at least eight hours following the administration of ivermectin.

Neurotoxicity can also occur with ivermectin usage in some dogs. This is particularly common in dogs that have a genetic mutation known as the MDR1 (multiple drug resistance) gene mutation. This gene mutation is known to occur most commonly in breeds such as Collies, Australian shepherds, Shelties, Long-haired whippets, English sheepdogs, German shepherds, Silken Windhounds, Skye terriers, and other breeds with white feet. Symptoms of neurotoxicity include lack of coordination, muscle tremors, seizures, blindness, and death, thus giving rise to the motto "white feet, do not treat" with ivermectin.

Ivermectin, used at dosages for heartworm prevention, is generally safe for these dogs. However, the drug should not be used at higher doses for dogs that may possess the MDR1 gene mutation. There is a test that can be performed to check for this gene mutation. Ask your vet for more advice.

Ivermectin toxicity is very serious and it cannot be reversed. Speak to your vet right away if you believe your pet is suffering from an adverse reaction. They may recommend inducing vomiting or administering charcoal to minimize absorption of the drug.

Ivermectin and Human Use

In addition to its use in veterinary medicine, ivermectin is also used by doctors to treat a number of health issues in people. In humans, it is also useful in eliminating parasites. Ivermectin can be used to treat head lice, scabies, river blindness, and other conditions. It is only available with a prescription and is usually applied topically or taken orally. Keep in mind that no medication specifically labeled for animal use should be taken by humans. Presently, there is no reliable evidence to suggest the efficacy or safety of ivermectin against SARS-CoV-2, the virus that causes COVID-19, in humans.