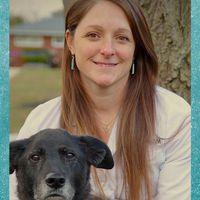 With a unique, partially hairless coat that lends a wolfish appearance, the lykoi looks like no other cat breed. Lykoi also have a hairless mask that connects the nose, muzzle, eyes, and ears, further suggesting the appearance of a werewolf. It should come as no surprise, then, that the breed name was derived from the Greek word "lycos," which means wolf.

According to the breed standard, the Lykoi’s coat should look like that of an opossum. The Lykoi’s coat seems like it would feel rough and wiry, but it’s actually soft and silky to the touch. There is no undercoat, and the guard hairs grow in varying amounts, which differs among individual cats and also throughout the year. Although some Lykoi are almost entirely hairless at times, in the show ring, more coat is preferable to less coat.

Lykoi should have roaning, which is a color pattern consisting of a mixture of pigmented hairs and non-pigmented white hairs (amelanistic hairs). Roaning is best seen on solid-colored cats, especially black roan.

Wolf-like looks aside, the Lykoi is far from scary. This is an outgoing, friendly breed that’s happy to meet new people and play. They are loyal and bond closely with their favorite humans. Lykoi are wonderful family cats that do best when kept indoors. If allowed to roam outdoors, their sparse hair coat makes this breed prone to sunburn and skin damage.

Characteristics of the Lykoi

The Lykoi is an extremely outgoing and sociable cat breed. The breed is known for getting along well with people of all ages, other cats, and even dogs (those that are gentle with cats). Lykoi love to play! They, of course, enjoy playing with their people, but they will also happily play with other cats or even by themselves if need be. Many even like to pay fetch just like a dog. Once they burn off some energy, Lykoi might pause for a few snuggles, but they will likely be off again in search of entertainment before too long. This breed should be kept strictly indoors due to their sparse hair coat. Like fully hairless cats, Lykoi are prone to sunburn and may also cut or scrape their skin if climbing around outside. They can also get chilled quickly if outdoors in cold temperatures and are at risk of hypothermia.

History of the Lykoi

The Lykoi is the result of a natural mutation that occurred amongst cats in a feral cat colony in the United States. Between 2010 and 2011, a few breeders health tested some of these cats and experimented with breeding. They discovered the gene for the partial hairlessness was recessive, so they outcrossed the Lykoi-type cats with black domestic cats to reduce genetic inbreeding. Lykoi may still be outcrossed with domestic shorthair cats today.

The Lykoi's unique coat doesn’t shed much and doesn’t need a lot of brushing, but it requires some special care. If you do brush, be sure the bristles are extremely soft to avoid scratching their delicate skin. Before buying a brush, test the bristles against the skin of your forearm to ensure they are soft enough.

Like fully hairless breeds, Lykoi need more frequent bathing than you might expect for a cat. Bathing with a moisturizing shampoo removes excess oils from the skin and prevents clogged pores, which can lead to blackheads—a form of acne. How often your Lykoi needs a bath varies from cat to cat. Ask your breeder or veterinary for advice on how frequently to wash your Lykoi and what shampoo to use.

Trim your Lykoi’s nails once a week or every other week to keep them short. Also get into the habit of looking inside the ears at bath time. If you see any wax or dirt, use a pet ear cleaner and cotton balls to clean the ears (never stick anything into the ear such as a cotton swab, which could damage your cat’s ear drum). If the ears look red or excessively dirty, schedule a checkup with your veterinarian.

Lykoi are extremely active, so make sure they have plenty of toys and places to climb and explore. If you provide enough toys, Lykoi are happy to play with anyone—you, another cat, even by themselves. Rotate the toys occasionally, putting some away and bringing different ones out to keep things interesting. Provide various scratchers in approved scratching areas in your house, trying both vertical scratchers (such as tall posts or cat trees) and horizontal scratchers (such as cardboard or sisal scratchers that lie flat on the ground).

Some purebred cats are more prone to developing certain breed-specific diseases. Lykoi have no known health concerns besides skin problems, though Lykoi cat breeders have their adult cats screened for good health and various problems common in cats prior to breeding them to keep from passing unwanted health issues on to kittens.

The Lykoi is a medium-sized cat with a unique, partially hairless roan coat and hairless mask on the face that lends a werewolf-life appearance. The ears are large and hairless, and the eyes are medium and oval to round, with hairless rims. The nose is hairless. The Lykoi is slender with solid medium boning. The hair coat is sparse, with no undercoat. The coat of the black roan Lykoi is a mixture of solid black and solid white hairs, which contributes to the cat’s wolfish look.

As with all cats, the Lykoi should not be allowed to become overweight, which can lead to obesity-related health issues like diabetes and heart disease. To keep your Lykoi lean, feed adults measured meals twice a day rather than free feeding (keeping the food bowl filled all the time). Young kittens should eat three times a day. If you’re not sure what to feed or how much food your Lykoi should be eating, talk to your veterinarian.

Where to Adopt or Buy a Lykoi

The Lykoi is extremely rare. If you long to purchase a Lykoi kitten, prepare to get on a long waiting list. The Cat Fanciers' Association and The International Cat Association both list active Lykoi breeders on their respective websites. It’s unlikely that you would find an adult or kitten Lykoi in an animal shelter or rescue group, but breeders might know of someone looking to re-home their adult Lykoi. It’s also possible, though rare, to find a domestic shorthair with a Lykoi-like genetic mutation in a shelter or with a rescue group.

The Lykoi’s werewolf appearance is a definite conversation starter, and people eventually fall in love with this breed’s sweet, fun personality. Happiest when playing with you, the Lykoi is neither independent nor shy but a ball of fun-loving energy. They get along great with almost anybody, human and animal, and just want to be part of the action. They might swing by for a quick cuddle if your lap, especially if it’s cold out, but they will soon be off looking for their next adventure.