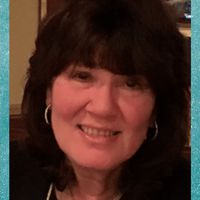 A Shetland pony (or a Shetland mix) is strong enough to be ridden by children and gentle enough to be kept as a pet. Although diminutive, Shetlands are strong, intelligent, gentle, and a bit wily. There's also no disputing the cute factor, but don't let that fool you. These are hardy little ponies that are capable of outworking the largest draft horse.

Best For: All levels of owners and riders, including children

The true origin of the Shetland pony has been lost to time. As many as 4,000 years ago, ponies were roaming the rugged Shetland Islands off Scotland. The Celtic pony likely figured into the breed, along with potential crosses with the ponies of Norse settlers.

Resilient and strong, Shetland ponies were used to pull carts and plow farmland, among other jobs. During the Industrial Revolution, they were sent down into mines to help haul coal. They also become popular companions for children, thanks to their gentle disposition and size.

The Shetland Pony Stud-Book Society formed in 1890 to register and keep track of the breed. The American Shetland Pony Club also registers ponies in the United States.

Registered Shetland ponies are a maximum of 10.5 hands (42 inches) at the withers. In the United States, the American Shetland Pony Club allows ponies up to 11.5 hands (46 inches). The weight of a Shetland pony depends on its height but generally is around 400 to 450 pounds.

In the harsh climate of their native land, with scarce food and rugged terrain, Shetland ponies developed into very hardy animals. They have thick coats that help them withstand frigid winters, and their broad bodies make them exceptionally strong. In the United States, breeders refined the ponies to be slightly leaner with longer legs. These American Shetlands are more agile and have a longer stride than the traditional Shetland pony.

They have been used extensively to pull plows, carts, and buggies. And in the 1800s and 1900s, they were known for working in mines in both Britain and the United States. Now, Shetland ponies are used for pleasure driving (pulling carts, wagons, etc.) and riding, and many are the companions of children in horse shows and may be kept simply as pets. In addition, wild herds still exist on the Shetland Islands.

Shetlands are almost every equine color, including pinto combinations (patches of white and any other color). But registered Shetlands cannot be leopard spotted like the Appaloosa. The most common coat colors include black, chestnut, gray, bay, brown, roan, palomino, buckskin, dun, cream, and champagne—with every variety of face and leg markings.

Unique Characteristics of the Shetland Pony

It is said that pound for pound a Shetland pony can pull more weight than the enormous Clydesdale. Besides the immense strength in their small bodies, Shetland ponies also are known for their long lifespans, with many living more than 30 years. And, of course, they are highly recognizable for their short stature. Many other small breeds have Shetland ponies in their background, including the miniature horse, National and American show ponies, and the Falabella miniature horse.

It's far easier to overfeed a Shetland pony than to underfeed one. Because the breed evolved in such harsh conditions and had to search for nutrition, Shetlands can thrive on very little food. Rarely does a Shetland need grains or concentrates, which can lead to obesity. Good quality grass hay is ideal for them.

In general, Shetland ponies don’t have many health issues. But their size can make them susceptible to heart problems, as well as laminitis. This is an emergency condition in which the hoof becomes inflamed and causes severe pain. There are many causes of laminitis, including overeating grain or lush grass.

In terms of behavior, Shetland ponies are typically friendly and gentle. But they can be a bit headstrong and uncooperative, especially if they aren’t trained.

Shetland ponies grow very thick, soft winter coats. Often they're the first to "coat up" in the fall and the last to lose their winter coats in the spring. The outer hair is coarse, and the undercoat is silky soft. They require standard equine grooming of regular washing, brushing, and combing. And their hooves ideally should be cleaned and checked daily for dirt, debris, and any injuries.

The Shetland pony's longevity has resulted in several claims of the world's oldest pony. For instance, a pony named Twiglet died in 2017 at age 50.

These ponies also have had their time on the silver screen. In a 1976 Disney movie called "The Littlest Horse Thieves," three children plot to steal ponies from a mine after they find out the ponies are set to be killed as the mine is mechanized. This goes along with the Shetland's real-life history in mines.

Is the Shetland Pony Right for You?

Even-tempered Shetland ponies are good for owners and riders of all experience levels, including families with children, though they can be stubborn and require consistent training. Because they’re so hardy and fairly independent, they’re typically easy to care for. They do well in cold, rugged climates like their native Shetland Islands. But owners must pay attention to their nutrition and avoid overfeeding, which can lead to laminitis and obesity, among other health problems.

How to Adopt or Buy a Shetland Pony

The average price for a Shetland pony ranges from around $500 to $1,500. The price typically increases for breeder ponies, especially when they can trace their purebred lineage.

There are many rescue groups that have Shetland ponies for adoption. A quality rescue group or breeder should be transparent with you about the pony’s disposition, health status, and history. The facility also should be clean and have appropriate housing for the animals. You should be able to spend time with a pony before opting to bring it home. Feeling rushed to make a decision could be a red flag that the organization isn't acting in the best interest of the animal.

It is highly recommended to have your veterinarian perform a pre-purchase or pre-adoption examination to confirm the pony's health and suitability for its intended use.