What Are the Black Spots on My Orange Cat's Mouth & Nose?

Orange cats may have feline freckles 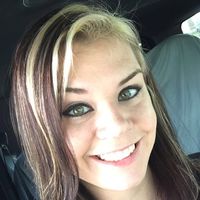 Melissa Murray
Melissa Murray is a Registered Veterinary Technologist (RVT) and writer with over 10 years of professional experience in the veterinary field, focusing on pain management, nutrition, behavior, and senior pet care. She has a certification in Low Stress Handling.
Learn more about The Spruce Pets' Editorial Process
Reviewed by
Jennifer Coates

Usually, a new spot that pops up on your pet could cause worry, but the spots often can be easily explained. The most common reason for these dark spots is lentigo, a genetic condition in which there is an increase in the number of epidermal melanocytes.

In the case of flat brown or black spots that suddenly appear on your orange cat’s nose, lips, and eyelid margins, you may be worrying over nothing. Let’s find out what these spots are and whether you should be concerned.

Why Do Orange Cats Have Black Spots?

The most common reason for these dark spots is lentigo, a genetic condition in which there is an increase in the number of epidermal melanocytes. As these pigment-producing cells multiply, small black or brown spots appear on your cat’s face.

Orange cats are not the only color affected by lentigo. Black spots can also pop up on tortoiseshell, calico, yellow, and flame-point cats. Middle-aged to older cats are most commonly affected, but lentigo can appear in cats as young as a year old.

What Are the Signs of Lentigo in Cats?

When lentigo first appears in cats, it often pops up on the lips as tiny dots, before spreading to the eyelids, gums, and nose. As the cat ages, the spots will become more widespread and may grow larger. Often, a small cluster of spots will grow together to form a large patch of pigment.

Small lesions may appear close together, discoloring a larger area. The lesions are either brown or black, small in size, and are usually flat, but may appear raised. With a clearly defined border, there is no redness or other skin changes surrounding the lesions. Cats also appear to be comfortable with these “freckles,” as they do not seem to be itchy or irritating.

What Are the Causes of Lentigo in Cats?

While freckles are associated with sun exposure in people, the exact cause of lentigo in cats is unknown. The appearance of these feline freckles does not seem to coincide with increased sun exposure.

Regardless of the underlying trigger, lentigo spots result from pigment-producing cells called melanocytes making more melanin than the surrounding skin. It is thought that the gene that codes for orange coat color is unstable and reverts back to its more natural "non-orange," dark gene over time, but this theory has not been confirmed.

How Is Lentigo in Cats Diagnosed and Treated?

Veterinarians often diagnose lentigo based on a thorough physical exam, the presenting clinical signs, and by checking for any other health conditions. Occasionally, lentigo spots can appear similar to melanoma, so your veterinarian may take a fine needle aspirate of a suspicious spot to search for cancerous cells under the microscope.

Lentigo is not a form of cancer, nor will it grow to become cancer. The only concern is that lentigo spots can mask melanoma spots, which makes routine veterinary exams critical for monitoring. If you notice a raised black spot on your cat, contact your veterinarian, as raised spots tend to be cancerous more often than flat spots.

Since lentigo is a benign, cosmetic condition, like human freckles or age spots, there is no need for treatment—simply enjoy your kitty’s freckles.

What Other Conditions Appear Similar to Lentigo in Cats?

While the black spots caused by lentigo can be startling, they are the most benign condition that appears as small black dots. Other similar-appearing medical issues that can create health problems include:

If you're concerned about a spot on your cat, especially if it changes in size or is raised or tender, contact your veterinarian to schedule an appointment. There’s a good chance that your cat’s black spot may simply be lentigo, but it’s better to be safe than sorry.

What Are Skin Tags on Cats?
If you suspect your pet is sick, call your vet immediately. For health-related questions, always consult your veterinarian, as they have examined your pet, know the pet's health history, and can make the best recommendations for your pet.