What to Buy Pet Gifts

Who knew launching treats across the room could be so much fun? 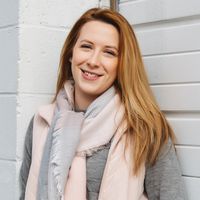 The Petcube Bites Pet Camera is a great investment for pet parents who want to keep an eye on their animals—just wait until it goes on sale to buy it.

View On Chewy View On Amazon
4.6

View On Chewy View On Amazon
In This Article

We purchased the Petcube Bites Pet Camera so our reviewer could put it to the test with her pets. Keep reading for our full product review.

There’s a reason pet parents love products like the Petcube Bites Pet Camera—we think of our animals as family members. But unlike our children, we can’t just text our dogs during the day to see what they’re up to. Pet cameras give us a peek into our pets’ secret lives and give us peace of mind that everything is good at home while we’re away!

However, with so many pet cameras on the market, it can be tough to choose one. The Petcubes Bites is one of the fancier (and pricier) options out there, and I wanted to see if its performance was up to snuff. Here’s what I decided after using this pet camera to monitor my puppy and cat for a few weeks.

Quite a bit of stuff comes with the Petcube Bites Pet Camera—you get a bag of treats, mounting hardware, a reset pin, an insert for the treat dispenser, and more. However, to get the camera up and running, all you really need is the camera itself and the power cable.

After opening the box, I unwrapped the camera and plugged it in on the counter. I emptied the bag of included treats into the dispenser, and in doing so, ran into my first problem. The top of the unit can be removed to reveal the treat reservoir, but it’s nearly impossible to get it off—there were several pinched fingers involved. The dispenser has a 2-pound capacity and can hold up to 100 treats.

Once the unit was good to go, I downloaded the Petcube app and set up a new account. This was also a little frustrating, as the app wouldn’t let me create an account linked to my Facebook account. It kept giving me an error message, so after several attempts, I gave up and just used my email address instead.

Minor frustrations aside, it doesn’t take much to get this pet camera up and running—the whole process took around five minutes.

What struck me right off the bat about the Petcube Bites Pet Camera is its size. At 7 inches wide and 13 inches tall, there’s no way you’re going to be able to hide this thing. However, the exterior is matte silver and black finish, so the unit is quite sleek and modern—I didn’t mind displaying it on my counter. (You can also get it in carbon black or rose gold finishes.)

What struck me right off the bat about the Petcube Bites Pet Camera is its size. At 7 inches wide and 13 inches tall, there’s no way you’re going to be able to hide this thing.

The one design feature that’s a bit questionable is that the camera itself is quite close to the bottom of the unit. Because of this, I ended up seeing the surface it was sitting on if I placed the camera toward the back edge of a counter or table. To get a proper view of the room, I had to either put it closer to the front edge, prop it up on something, or mount it to the wall.

One of the best parts about the Petcube Bites Pet Camera is its 138-degree wide-angle camera. The room I tested it in is quite big, and the wide-angle lens allowed me to see from wall to wall with no problem. There’s a little light on the camera that turns blue when someone is watching the feed, and the video quality itself is quite good with less than a one-second lag. The 1080p HD footage does get a little pixelated if something moves quickly—like my puppy running after a ball—but it recovers quickly.

I like how easy it is to capture both still photos and videos with the Petcube Bites.

The night vision on the Petcube Bites Pet Camera is decent as well. I wasn’t able to see the whole room, but the area immediately in front of the unit was clear thanks to the built-in infrared lights.

Finally, I like how easy it is to capture both still photos and videos with the Petcube Bites. As you’re viewing the live video stream, there are buttons that let you quickly snap a picture or capture a video if your pets are being cute, and the file is saved right to your camera roll. However, the camera doesn’t support audio recording at this time.

Audio: Could be better

The Petcube Bites Pet Camera claims to support two-way audio, but this feature isn’t the best, unfortunately. I tested it both while connected to Wi-Fi and while relying on cellular data, and the results were pretty spotty. The audio was discernible if the phone was on the same Wi-Fi network as the camera, but once I moved off the network, the quality decreased dramatically.

For instance, I tried talking to my boyfriend through the audio when I was outside our apartment building. He said he knew I was trying to say something, but the audio came across jumbled, and he couldn’t understand it. On the other hand, when I was listening through the Petcube Bites Camera, there was a lot of background interference from the air conditioning, but I still could hear the puppy if she was crying in her crate.

Check out our reviews of the best dog crates available on the market today.

App: Well-made with lots of features

To put it frankly, the Petcube app is simply beautiful and a joy to use. You can tell a lot of resources went into creating an intuitive, useful app, and I definitely appreciate it!

When you log into the app, you have the option to access your camera right at the top, and in my testing, it almost always connected right away. Scrolling down the app, there’s a community section where other users post cute photos and videos of their pets, which I found fun to browse through.

Another notable feature is the ability to let other people access your camera. This way, if your family or friends want to check in on your pets, they can. When using this feature, you can limit the number of treat drops per hour to ensure everyone isn’t feeding your furry friends at once, as well as see who’s been logging into your feed via the camera timeline. Plus, there’s a “ringtone” you can turn on that lets you know when someone logs onto the feed, so you’re not caught doing something embarrassing!

The Petcube app is simply beautiful and a joy to use.

Finally, I loved that you can order more treats right from the app. It connects to your Amazon account, allowing you to buy more with the touch of a button! You can even set it up to automatically purchase compatible treats when the camera senses the treat volume is low.

Treat Dispenser: So much fun

It’s hard to say who had more fun with the treat-dispensing feature: the pets or me! The launcher works with crunchy, round treats between ⅓-inch and 1 inch in diameter. If you’re using smaller dog treats, there’s a rubber insert you can add.

Check out our guide to the best dog treats you can buy today.

When I played with this feature, the Petcube Bites Pet Camera dropped several treats into its “launcher” then flung them across the room! Both the puppy and cat began to recognize the sound of treats dropping, and they came running to await the flying snacks. It’s really cute. You can even schedule treat launches so you don’t have to do it manually.

It’s hard to say who had more fun with the treat-dispensing feature: the pets or me!

However, the treat launcher isn’t perfect. I found it dispensed an inconsistent number of treats—anywhere from two to 10 in a single launch. Further, some treats experienced “failure to launch” and would just end up on the counter, prompting the puppy to jump up to get them—not a habit I want to encourage. A newer model, the Petcube Bites 2, addresses this issue with an updated flinging mechanism that works with more treat sizes and gives pet owners better control over portions. Petcube Bites 2 is also more compact, so it’ll take up less counter space. It has the same MSRP but is less likely to be found on sale. For a lower fee, there’s also Petcube Play and Petcube Play 2, which do not dispense treats but do allow you to play with your pet with a built-in laser.

This pet camera comes with plenty of features as-is, including the treat dispenser and compatibility with Amazon Alexa. However, it’s worth mentioning that you can get additional functionality from the Petcube Bites Pet Camera if you subscribe to Petcube Care. This paid service is completely optional (and I think the product is great without it), and it will cost you anywhere from $2.99 to $9.99 a month.

Some of the features offered with Petcube Care include:

The Petcube Bites Pet Camera retails for $250, which is on the higher end of the spectrum as pet cameras go. While the high-quality design, fun features, and user-friendly app make it worth more than other options, I would recommend waiting until it’s on sale to buy. The good news is that it’s regularly discounted on sites like Amazon and Chewy—I’ve seen it as much as 64 percent off.

Competition: You get what you pay for

YI Dome Camera: While not specifically a pet camera, the YI Dome Camera is a smart security camera that many people use to monitor their animals. This camera is useful for large rooms thanks to its remote pan and tilt features, and it provides high-quality video and night vision. However, the audio is spotty and there are no special features like treat dispensers. It’s a good budget option, but the Petcube Bites is much more fun.

Get it on sale!

If you want to be able to see what your pets are up to throughout the day and toss treats to them, you’ll have a blast with the Petcube Bites Pet Camera. Sure, not every feature is perfect, but the overall experience is worth the price of admission—especially if you wait until it’s on sale to save a few bucks.