All the Ways a Puppy Likes to Play

Amy Shojai
Amy Shojai, CABC, is an animal behavior expert and award-winning writer with over 25 years of hands-on experience training and caring for cats and dogs. She has written 27 books on animal care, been named CWA Friskies Writer of the Year, and appeared on Animal Planet as a pet expert.
Learn more about The Spruce Pets' Editorial Process
Reviewed by
Nancy Turner 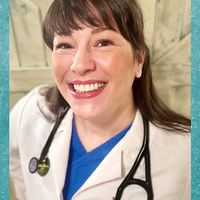 Reviewed by Nancy Turner
Dr. Nancy Turner received her Doctor of Veterinary Medicine degree at the College of Veterinary Medicine and Biomedical Sciences in College Station, Texas. She is a small animal veterinarian with 14-plus years of clinical practice. During her career, she has worked in clinical primary practice, emergency medicine, and mobile practices in the Dallas area and is the author of "German Shorthairs: How to Be Your Dog's Best Friend: From understanding their personalities to health issues and more" (2012).
Learn more about The Spruce Pets' Veterinary Review Board

How puppies play depends on a great deal. Socialization and age are huge factors, but dogs also have their own preferences. Some dogs react more to seeing objects move, while others relish tug-of-war or "hide and seek" type play.

Canine play is composed of exaggerated and highly ritualized gestures used in doggy communication. That allows dogs to "play fight" for instance, yet avoid misunderstandings that might result in real fights.

Play behavior begins as early as puppies can toddle around—about three weeks of age. Puppies of both sexes may exhibit sexual behavior as early as four weeks of age, mounting each other during play games.Prey killing behavior such as pouncing and object shaking is also seen.

Puppies at these early ages learn bite inhibition, how to "take turns" while playing, and how to communicate with each other. Because dogs learn so much communication at early ages, most breeders and veterinarians recommend that puppies stay with their mothers until at least 8 weeks of age. Temperament extremes—a bully puppy or shrinking violet pooch—expressed in play by young puppies is not necessarily a good predictor of future status. Temperament tests are more accurate when conducted on older puppies.

Social play is interactive. In other words, social play involves playing with another puppy, the owner, or even the cat. Examples of social play include wrestling, biting, play-fighting, and chase games.

Puppies begin social play as early as three weeks of age, with play-biting, pawing, and barking. The intensity escalates and becomes more complex as the dog matures. The first play-eliciting gesture seen in puppies is the raised paw. The play bow—butt end up, front down— is the classic invitation for a canine romp and is used by older pups and adults, along with barking, leaping forward to nose-poke and then withdrawing, face pawing or licking. This type of play is particularly important in dogs social and behavioral development until they are 10 to 12 weeks old.

Self-directed play, such as tail chasing or pouncing on imaginary objects, is thought to be a replacement for social play when a play-partner isn't available. Puppies that indulge in extremes of tail-chasing or habitually target “invisible” objects—snapping at nonexistent bugs—should be checked by the vet. These may be indications of obsessive-compulsive or seizure conditions.

Locomotory play simply means the puppy is in motion. That can involve solo play or include interaction with others. Locomotory play in adult dogs usually involves a pair or group of dogs. But puppies may indulge in games of "ghost-tag" running, jumping, and rolling about when they’re by themselves.

Object play is interaction with stuff. Chasing or pawing/grabbing a ball, rag, or stick are examples. Some puppies target water and love chasing the hose or sprinkler.

Dogs may "pretend" to be aggressive to invite play and indicate it's a game by using exaggerated behaviors, called meta signals. For instance, the play-bow is a butt-in-the-air with a front-end-down position where the pup's forelegs dance back and forth to invite play. When your puppy first play-bows, it’s telling you that any growls or wrestling that comes after are meant as fun and games. Adult dogs often "pretend" to be subordinate to a puppy—with play-bows or rolling on the back—to build up the pup’s confidence and invite it to play.

Dogs also commonly drop toys at your feet—or in front of other pets—to invite play. Inhibited bites using open mouths aimed at legs and paws of other dogs also are common play behaviors.

When dogs are playing, it is normal to see pups "take turns". One dog will start as the instigator or chaser, and then the other will take a turn as "lead". When a dog ignores the cues of the other that there needs to be a break in play or a change of "turn" is when we start to be concerned about bullying or a dog becoming more excitable than is appropriate.

Inappropriate play can develop when pups get too wound up or one of the playmates becomes a bully. Normal puppy play encourages taking turns chasing and pinning each other. But bully dogs always end up on top during wrestling, and instead of play bites at the legs, the bites target the head or neck. Most of the time, growls during play are normal but if they turn to lower-pitched growls or the puppy-on-the-bottom yelps too much, break up the session until they calm down.

Play that seems to always end up on the hind legs may be a warning sign to have pups cool their jets. Some mounting and clasping or thrusting won't be a problem, when these become the norm, play may have tipped over into bully behavior. Also, a dog that is attempting to hide under or around something and the other dog appears to be "waiting them out" can be an indicator that it is time to take a break.

Play not only is great fun for you and the pup, but it teaches important doggy lessons. During play, puppies figure out what is and isn't acceptable behavior, discover how their bodies work, and learn ways to interact with other animals and the world around them. Many training facilities offer puppy socialization classes. Puppy socialization classes are a great way to allow your pup to learn how to communicate with lots of different dogs in a controlled and supervised environment to ensure safety. Different dogs have different ear, tail and face shape and expression, so it is important for them to learn how to "read" lots of different types of dogs. Research a few options in your area and sign your pup up for some socialization and play that will keep him happy and comfortable around other dogs long term.

Watch Now: All You Need to Know about Puppies