Play vs. Aggression Between Cats: What's the Difference?

Plus Steps to Take During a Catfight

Amy Shojai
Amy Shojai, CABC, is an animal behavior expert and award-winning writer with over 25 years of hands-on experience training and caring for cats and dogs. She has written 27 books on animal care, been named CWA Friskies Writer of the Year, and appeared on Animal Planet as a pet expert.
Learn more about The Spruce Pets' Editorial Process
Reviewed by
Joanne Intile 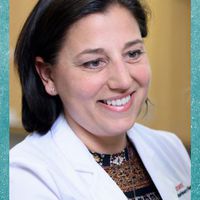 Reviewed by Joanne Intile
Dr. Joanne Intile, DVM, is an accomplished veterinary oncology expert and instructor with nearly 15 years of experience treating cancer in domestic and exotic pets. She was awarded the Robert S. Brodey Memorial Award for outstanding oncology research from the Veterinary Cancer Society. Dr. Intile is a member of The Spruce Pets' Veterinary Review Board.
Learn more about The Spruce Pets' Veterinary Review Board

If you have more than one cat living under your roof, you may be familiar with catfights. But how do you know if it's play aggression between cats, when to worry, and what to do about the fighting? When cats are fighting frequently, it can be frustrating for pet owners and potentially dangerous to cats, sometimes even drawing blood. It's not a good idea to allow cats to "fight it out" because this rarely settles conflicts and usually makes matters worse. Learn the types of behaviors and how to stop aggression between cats so your household can stay at peace.

Why Do Cats Fight?

Cats usually display social standing with posturing and "bluffing" communication that typically do not result in injuries. If they get along, they can usually learn to tolerate or avoid each other as well. However, this likely won't always be the case and fights may break out for any number of reasons:

Cats use vocal and silent communication to elevate their status in the eyes of the other felines. They challenge each other with stares, forward-facing body position, hisses, growls, mounting behavior, nape bites, or blocking access to food, play, or attention. Some dominant cats use "power grooming" behavior and aggressively lick another cat to make it move away.

How to Stop Aggression

If your home is the site of frequent catfights, it's important that you do your best to stop it; not only for your cats' health but also for your own well-being. This is not an overnight process—behavioral conditioning can take months. Stick with it, but also realize that some cats may never get along. Here are steps to take to curb the catfighting:

When all tactics have failed to stop two indoor cats from fighting, one cat may need to be placed in a new home or permanently segregated from the other. Don't consider it giving up; it's making life better for your cats and ensuring that they are happy no matter where they live.

How to Break Up a Catfight

If you're witnessing a catfight breaking out, there are steps to take to deescalate the brawl. Resist the temptation to break it up physically yourself. You'll only end up bloody and scratched and potentially lose the trust of one (or both) of your cats. Take these steps to break them up:

How to Get Cats Used to Each Other

You can help your cats tolerate each other with another tactic that gets back to the basics. Treat the fighting cats as though they are being introduced for the very first time. Give the passive cat the choice of locations within the house, sequester the bully cat, and then make a controlled introduction. Expose the cats to each other with cat carriers or a harness and leash used in a hallway or large room. During these meetings, feed cats tasty foods or engage in play so they learn to associate each other with fun, positive rewards.

Watch Now: What Is Your Cat Saying to You?

Article Sources
The Spruce Pets uses only high-quality sources, including peer-reviewed studies, to support the facts within our articles. Read our editorial process to learn more about how we fact-check and keep our content accurate, reliable, and trustworthy.
Dialog Heading