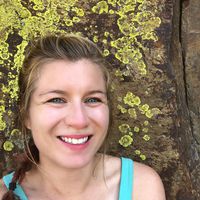 Love the Siamese and the Burmese, but only have space for one cat? You’re in luck—the Tonkinese cat is the best of both worlds. Smart, sweet, and sociable, the Tonkinese is a hybrid (mix) of the Siamese and the Burmese. This beautiful, pointed cat has soft, muted colors with a lean yet sturdy build. Complementing its charming personality is a chirp-like voice. While this cat likes to "talk," it doesn't share the loud, demanding meow of its notably vocal relative.

Lifespan: Up to 16 years

Active and intelligent, the Tonkinese loves to play, but its easygoing temperament makes it content to spend time with its family without a lot of attention or stimulation. It is happy to "speak" when spoken to but doesn't vocalize excessively. The Tonk has an irrepressible people-loving personality. It is eager to be pet, held, talked to, played with, and cuddled on a warm lap. Families with young children who need a tolerant, playful cat may find the Tonkinese to be the perfect pet.

History of the Tonkinese Cat

The Tonkinese breed came to be because Siamese and Burmese enthusiasts wanted a cat that looked a lot like a Siamese but with a sturdier build and mellower temperament.

Though it was not yet an established breed, the Tonkinese arrived in the US in 1930 in the form of a female cat named Wong Mau. Imported from Burma by retired Navy doctor Joseph Thompson, Wong Mau was originally considered a poor-quality Siamese by US breeders. She is now credited as the "mother" of the Burmese breed and the Tonkinese breed because genetic testing has since determined that Wong Mau was, in fact, a Burmese-Siamese cross.

It wasn't until the 1960s that the Tonkinese breed was firmly established by Jane Barletta, a Siamese breeder in New Jersey, who was determined to develop a "moderate" Siamese. While several other breeders sought to create a similar breed that balanced the Siamese with the qualities of the Burmese, it was Barletta who worked most diligently in establishing the Tonkinese.

She advertised this "beautifully balanced" breed in Cat Fancy magazine, spoke about it on national television, and initiated a nationwide network of breeders that eventually culminated in the formation of the Tonkinese Breed Club.

Due, in large part, to Barletta's efforts, The Tonkinese breed was accepted by the Cat Fanciers' Association in 1979.

The Tonkinese is a breeze to care for. With a short coat that requires minimal upkeep, grooming is a rare necessity. Regular play is all they need as far as exercise goes, and occasional puzzle toys are appreciated by this curious cat.

While its grooming needs are minimal, the Tonkinese is prone to gingivitis, so begin tooth brushing early in life to establish it as a routine.

Though the Tonkinese is generally healthy, the breed is susceptible to a few problems, including:

Regular vet visits and a proper diet are essential to maintaining the health of any cat, so make sure your Tonkinese gets annual exams and stays up to date on vaccinations.

The short and stocky Burmese contributes a bulkier build to the Tonkinese, but the lanky Siamese gives it some height and agility. The coat is short and sleek (though there is a longer-haired version that is generally referred to as a Tibetan). The head shape is also a balance of the two parent breeds, neither too blocky nor dramatically wedge-shaped.

The color points of the Tonkinese are more muted than a Siamese, creating a softer look, but the eyes are ideally blue (they can be gold or green like the Burmese).

Like many cats today, the Tonkinese is at risk for obesity and should be fed an appropriately balanced diet in moderation. You should also consider other Tonkinese-specific health risks when deciding on the right food for your cat. For instance, several foods focus on dental health, and others are formulated to balance urine pH to help prevent bladder stones. Ask your vet for recommendations for the best food for your cat.

Where to Adopt or Buy a Tonkinese Cat

Both the Tonkinese Breed Association (TBA) and the Cat Fanciers' Association (CFA) maintain breeder lists. If you're not particular about your cat's papers, then you may be able to find a cat that resembles a Tonkinese at your local shelter.

Unlike many cats, the Tonkinese is extremely social and loves human attention. If you’re looking for a kitty who can be happy at home alone while you work long hours, the sociable and affectionate Tonkinese probably isn’t right for you.

FAQ
Article Sources
The Spruce Pets uses only high-quality sources, including peer-reviewed studies, to support the facts within our articles. Read our editorial process to learn more about how we fact-check and keep our content accurate, reliable, and trustworthy.
Dialog Heading