Cryptorchidism in Dogs (Why Neutering Is Important) 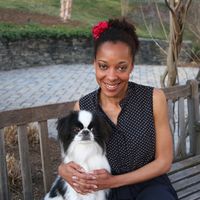 Some dogs experience a common defect known as cryptorchidism, which requires special attention. Dogs with cryptorchid testicles are prone to testicular torsion and cancer. Neutering is recommended to prevent future problems. Cryptorchid dogs that have both testicles removed, and no other defects, can lead a normal life.

How to Tell if a Male Dog was Neutered

Cryptorchidism is a condition in which a male dog's testicles have not completely descended into the scrotum. Descent to the final scrotal position should be completed by 2 weeks of age. If the testicles have not descended by 8 weeks of age, they are considered to be cryptorchid, or retained. Some dogs with retained testicles will still have them descend weeks to months after that time, but this is still considered to be an abnormal course of development.

What Dogs are Affected?

Cryptorchidism is a common defect in dogs. Dog breeds most likely affected include Yorkshire terrier, Pomeranian, poodle, Siberian husky, miniature schnauzer, Shetland sheepdog, Chihuahua, German shepherd, dachshund, and brachycephalic breeds. Any puppy can be at risk since it has been reported in almost all breeds. Toy and miniature breed dogs are more likely to be affected than larger breeds. Despite this, German shepherds, boxers, and Staffordshire terriers have relatively high occurrences of this this disease. This condition does have some genetic predisposition, but the exact mode is unknown.

Signs of Cryptorchidism in Dogs

Sometimes there may be an acute onset of abdominal pain. This occurs when there is torsion of the spermatic cord. A condition, known as feminizing paraneoplastic syndrome is another symptom that can arise. In these dogs, estrogen-secreting Sertoli cell tumors in retained testes produce feminizing signs including excessive development of breasts. Other symptoms include loss of hair along trunk and flank, and hyperpigmentation of inguinal skin.

What Is the Treatment for Cryptorchidism?

Surgical removal of the normal and retained testes is the only treatment for cryptorchidism. Both testicles should be removed, even if the dog is a unilateral cryptorchid. Surgery can be more complicated than usual because the cryptorchid testicle can be difficult to locate. But once it is found, the process is similar to a normal neuter.

Before your dog is neutered, a veterinarian will perform a head-to-paw exam, and may also suggest bloodwork to make sure all of the vital organs are in order. Neuters are performed under general anesthesia, so if he is deemed healthy, a sedative and pain medication will be given. Once drowsy, he will receive an injection that will put him into a deeper sleep. During this time, he is not aware of what is happening and feels no pain. Your dog will be intubated during the procedure, meaning a tube, placed in his trachea, is connected to a machine that will help him breathe. Some veterinarians may also place a catheter in the vein to administer fluids.

Your dog is connected to machines that will monitor his heart rate, respiratory rate, oxygen levels, and temperature. He will be placed on a warming pad on his back, to help maintain his body temperature. The surgical area will be clipped and cleaned. An incision will be made based on where the testicle is located. Once the testicles are retrieved, they are removed through the incision and the stalks are tied off. When the vet confirms there is no bleeding, the incision will be closed. There are usually sutures placed underneath the skin and skin glue put on top. Some cryptorchid neuters may require sutures to be placed on the outer skin layer. When the procedure is finished, the tube helping him breathe will be removed. He will be closely monitored by the veterinary team until released.

What to Expect After Surgery

Some dogs are able to go home on the day of surgery. However, some may have to stay in the hospital overnight. Limited activity is recommended, especially when it involves opening of the abdomen. The surgical site requires time to heal before the pet returns to normal activity. Pain medication will most likely be sent home, sometimes along with medicine to help keep your dog calm.

Elizabethan collars are typically recommended to prevent licking or chewing at the incision. Owners should check the incision regularly for redness and swelling, which could indicate a post-operative infection or self-trauma. If your dog requires non-dissolvable skin sutures they will need to be removed by your veterinarian about two weeks after surgery.